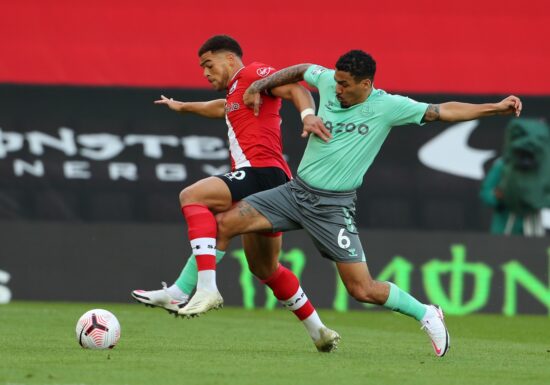 Week 14 of the English Premier League is over, with several pretty unexpected results. VegasOdds.com will present you the biggest winners and losers of the round.

The Clarets won their second in the last four games, managing to snap a point in the remaining pair of matches. Their rivals during that stretch were good teams, Everton, Arsenal, Aston Villa, and Wolves, and we need to give some credit to Sean Dyche’s boys.

Beating Arsenal at Emirates is not a surprise this season, but still, that needs to be acknowledged. Burnley is three points away from the relegation zone now, which is a massive improvement.

The Red Devils scored nine goals in the previous two matches, and it seems that they forgot the elimination from the Champions League. Leeds is not a title contender, not even a candidate for European competitions, but scoring six goals is still a big achievement.

What especially encourages Solskjaer is that he has multiple players scoring in these two latest events. Rashford, Fernandes, McTominay, Lindelof.

The Foxes are back on track with a big win on the road against Tottenham Hotspur. They would erase the loss at home against Everton, who was on our mind once making a list, as Toffees posted three wins in a row.

However, we decided to give an advantage this time to Leicester, because beating Mourinho on the road is very rare. At the moment, the Foxes have four wins in the last five hames, keeping clean sheets in the latest three.

The Gunners’ free fall is still in progress. As time goes by, Arsenal is looking weaker and weaker, and not only that. It seems that Arteta doesn’t have any authority over the players, and their discipline problems are a clear example.

Also, the Spaniard’s gameplans are not efficient enough because Arsenal isn’t scoring enough goals. They have extremely expensive strikers and forwards who aren’t contributing properly.

Following an “undeserved loss” as Jose Mourinho characterized a defeat against Liverpool, the Spurs once again failed to win. Leicester took all three points from London, 0-2, extending Tottenham’s winless streak to three matches.

This was only the third time since the start of the campaign that they couldn’t score (including all the competitions) and the first match after five at home in which they conceded. Apparently, this is a small crisis for the Spurs, who have two road games coming up, one against Stoke in the EFL Cup, and the second vs. Wolves in the EPL.

The Baggies were defeated at home to Aston Villa, 0-3 in Sam Allardyce’s debut on WBA’s bench. The board sacked Slaven Bilic seven days earlier, following a 1-1 draw at Etihad against Manchester City. At the time, the fans went berserk due to such a decision and the timing of the same, and we are pretty sure that they didn’t change their stance on that.

Big Sam is in a tough situation because the fans didn’t approve of his appointment, and it seems that the players aren’t respecting him as well.