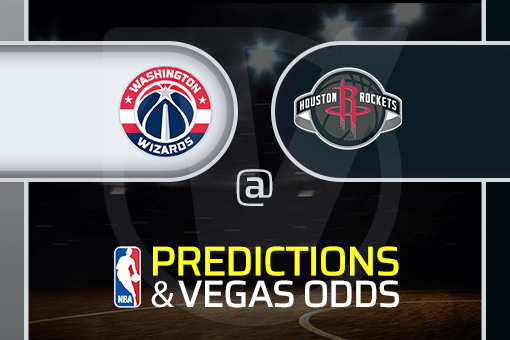 If you’re in search of the latest NBA betting odds and Wizards vs Rockets prediction, look no further because Vegas Odds has you covered.

The Wizards just traded Rui Hachimura to the Lakers and more moves could be coming soon in Washington.

The Wizards have a tough Texas back-to-back with a game on Tuesday against the Dallas Mavericks, and they stay and face the Rockets on Wednesday. The Wizards won two straight, including a 20-point victory over the Orlando Magic and an 11-point win over the New York Knicks last Wednesday.

Hachimura scored 30 points off the bench and was traded right after, so the Wizards are beginning to sell pieces with the NBA trade deadline around the corner. Kyle Kuzma is another player rumored to be moved, and he had 25 against the Magic.

Kristaps Porzingis is week-to-week with an injury, so he won’t be suiting up against Houston.

The Rockets won their first game since December 26 with a victory over the Minnesota Timberwolves on Monday. Houston had lost 13 games in a row, including a loss to the Timberwolves on Saturday night on the road, but Jalen Green exploded with 42 points to lead Houston to victory.

This is the second time in the last three games that Green has scored 40 or more points.

The Rockets have Jalen Green, who has been hot recently. However, there is a reason Houston lost a ton of games and nearly went a month without a victory.

The Wizards won’t have Hachimura and are trying to up the trade value of Kuzma, but Bradley Beal is still there. This could easily be a guard showdown between Jalen Green and Bradley Beal, but the Wizards have the better team — for now.