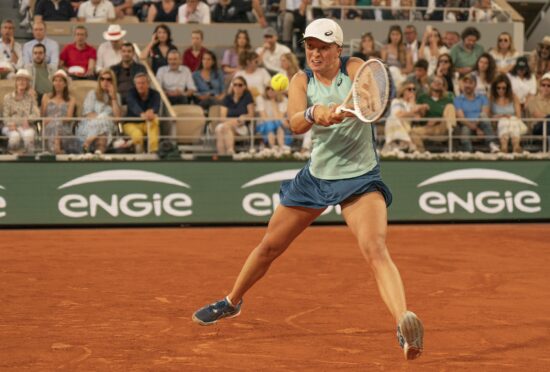 The Women’s Wimbledon 2022 event promises to be a wide-open Grand Slam once again this year. The betting for the event is extremely competitive at this stage, with recently crowned French Open champion Iga Swiatek sitting as the current favorite. But, can the Pole claim a maiden title at Wimbledon this year?

The Women’s Wimbledon event has been staged at The All England Club since 1884. Like the Men’s Wimbledon event, it was canceled for the first time since World War 2 in 2020 due to COVID-19. However, it made a grand return with a thrilling edition in 2021. Ashleigh Barty was crowned champion 12 months ago, but the Australian will not be back to defend her crown after she retired from the sport after winning the Australian Open at the start of the year.

Martina Navratilova is the most successful player of all-time in the women’s draw, as the American won nine titles between 1978 and 1990. However, previous success in the Grand Slam has counted for very little in recent seasons, with four different champions having been crowned since 2017.

Betting on the women’s Grand Slams is always a very tricky assignment, as the competitions are very prone to shocks. Iga Swiatek heads the betting for Wimbledon this year after winning the French Open to claim a second Grand Slam title in May. However, I would have slight concerns about her form on the grass. She reached a career-best fourth round last year and has a win rate of just 60%.

Naomi Osaka is the second choice, but she is still a doubt to take part at Wimbledon after pulling out of a warm-up competition in Berlin. Emma Raducanu will hold the hopes of the hosts, but the US Open champion is a little on the short side for my liking, especially considering the injury issues that she has endured this year which saw her pull out of warm-up competitions in Nottingham and Birmingham.

Cori Gauff reached the final of the French Open in the previous major and will be looking to kick back on the grass at Wimbledon. The American sensation reached the third round last year but has since reached the finals in both the US Open and French Open. She could be a solid value selection at this stage.

When it comes to making a selection for the Women’s Wimbledon 2022, I have opted to side with experience. Firstly, Simona Halep knows exactly what it takes to win on the grass at the All England Club, having won the women’s title at Wimbledon in 2019. She recently played her first game back on grass since that victory at the Birmingham Classic and looked as dominant as ever against Lesia Tsurenko. Petra Kvitova looks another solid play at +1600, as she looks to win the Wimbledon title for the third time.