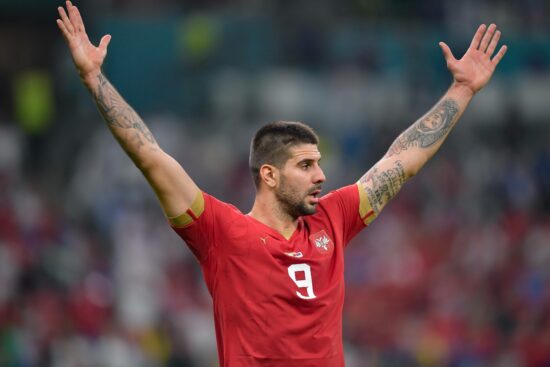 If you’re in search of some World Cup predictions, look no further because, in this article, Vegas Odds are going to preview Serbia vs Cameroon.

Both teams lost their games in the first round of the 2022 World Cup and are desperate for points in order to stay in the race for the knockout stage. This goes especially for Cameroon who are playing Brazil in the final round of the group phase. They need a win on Monday, but the problem is that the player quality is on Serbia’s side.

Serbia had zero shots on goal against Brazil, so it’s no surprise that they lost 2-0. What is surprising is that Serbia were so anemic in the offense. After all, they got Aleksandar Mitrovic, Dusan Vlahovic, and other amazing strikers on the roster. These guys will have to turn up on Monday against Cameroon to help the Eagles stay in the playoff race.

The bad news for them is that the Indomitable Lions need to go all-in. They lost 1-0 to Switzerland in the first round and another loss would mean the dream is over. In fact, only a win works for this team, but the question is whether they have the manpower to pull it off.

Cameroon’s midfield had a good game against Switzerland, but their offense just couldn’t break the Swiss defensive wall. They should have an easier job against Serbia, whose Achille’s heel is their defense.

Both Teams to Score

As both Serbia and Cameroon are on zero points, a draw doesn’t work for either team. That’s why both managers will probably use a more offensive-minded tactic than in the first round. As a result, we should see some goals on Monday, probably on both ends.

Fulham’s talisman is the fourth-top scorer in the Premier League with 9 goals to his name in the 2022-23 season. Knowing this, it’s no surprise that Serbia’s fans are putting their hopes on this guy. The 6’4 strongman had a quiet game against Brazil, but there’s an explanation for that – he came to Qatar carrying an ankle injury.

However, four days after the Brazil game, he’s 100% fit and ready to help his team get back in the race for the playoffs.

According to Transfermarkt, Serbia’s World Cup roster is more than two times more valuable than the one of Cameroon. That said, it’s clear that Serbia is the better team, which is why we do think they’re going to win.

However, we don’t think it’s going to be an easy win as Cameroon are guaranteed to bite back. As a result, we’ll probably see goals on both ends. Still, Serbia should be the team that scores more.