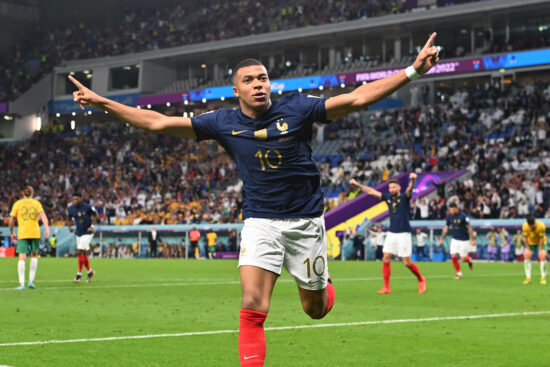 If you’re in search of some World Cup predictions, look no further because, in this article, Vegas Odds are going to preview France vs Denmark.

Didier Deschamps’ France are back in action today and will be taking on Denmark. Should the French win, they’ll book their place in the tournament’s knockout round and leave the Danes on the brink of an early exit.

After beating Australia 4-1 earlier in the week, France confirmed why they’re to be considered one of the tournament’s favorites.

Even though Les Bleus are without Ballon d’Or winner Karim Benzema, their front line is still one of the best in world soccer. Olivier Giroud, who is easily one of the sport’s most underrated strikers, Ousmane Dembele, and of course, star-boy Kylian Mbappe, are all set to be in action again this weekend.

Midfield is where the French are lacking though. They will once again be without three key midfielders; N’Golo Kante, Paul Pogba, and Christopher Nkunku – all of whom were ruled out of the tournament through injury.

Denmark, on the other hand, does not have the same kind of luxury squad as the French, but they do have a handful of key individuals, namely Manchester United’s Christian Eriksen.

However, although we expect the Danes to name an unchanged lineup to the one that drew 0-0 against Tunisia, facing the defending champions is going to be a huge challenge and one we’re not sure they can overcome.

As briefly mentioned above, Giroud is without a doubt one of the most efficient strikers in soccer.

Even at the age of 36, the former Arsenal and Chelsea hitman is still proving his worth.

Having already opened his account after scoring against Australia in his country’s first group game, we wouldn’t be surprised to see the veteran forward double his tally against the Danes later today.

There is simply no argument to back Denmark over France.

We expect the French to put on another show and seal their place in the tournament’s knockout phase.