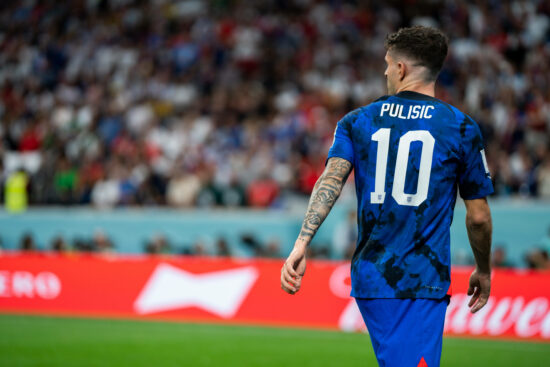 If you’re looking for the latest World Cup predictions for Iran vs USA, then look no further than Vegas Odds.

Two fierce rivals will clash in the final round of fixtures in Group B at the World Cup. Iran and USA previously played out the most politically charged match in World Cup history in 1998, and there will be a rematch of that with higher stakes in Qatar on Tuesday.

There is no love lost between Iran and the USMNT, and the intensity has heightened already this week, with Iranian officials have called for the U.S. to be thrown out of the competition. However, Iran will need to get the job done on the field if they wish to reach the round of 16 for the first time in their history.

It has been a strange turn of events, but Iran could top Group B should they claim victory and England are held by Wales. Few could have predicted that outcome after Iran was heavily beaten by the Three Lions in their opening fixture. However, Iran’s response to that setback was excellent, as they were thoroughly deserving of a 2-0 win against Wales. That victory was just their third at the World Cup finals, and a fourth on Tuesday would lead to frenzied celebrations.

As for the USMNT, their task on Tuesday is a simple one. They must beat Iran to qualify for the round of 16. Anything other than maximum points would lead to their elimination at this stage of the competition. The U.S. has been held in their opening two fixtures, with their only goal being scored in a 1-1 tie against Wales on matchday one.

There was clear evidence surrounding their long-term chances in the competition against England, as they are clearly lacking quality in the final third to take big chances when they arrive. But, a point ensures that their fate remains in their own hands. Christian Pulisic will once again be a vital player for the U.S., but he will certainly need to have more of an impact on the game than he has in the previous two fixtures.

Given how much is on the line for both nations, I can’t see this fixture being anything other than a cagey affair. Therefore, under 2.5 goals seems a sensible bet. However, it could be a game where the challenges are flying, which could lead to a busy night for the referee, so over 4.5 cards looks like a decent pick.

There has been a distinct shortcoming in the final third for the USMNT throughout this World Cup, and that could be the area of the field that lets them down in this fixture. Iran has created very little in the final third, but they have been emphatic with their finishing. For that reason, we see Iran booking their spot in the round of 16 for the first time in their history.