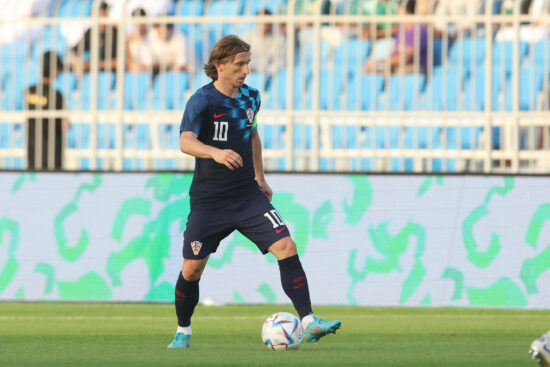 If you’re in search of some World Cup predictions, look no further, because, in this article, Vegas Odds are going to preview Morocco vs Croatia.

Four years ago, Croatia finished second in the World Cup. Can they do something similar in 2022? The answer is no – their roster just isn’t as strong as before.

This, however, doesn’t mean Croatia is a weak side. On the contrary, these guys definitely still have it in them to get to the knockout stage. To do that, they need to start their 2022 World Cup campaign in top gear. By this, we mean they need to beat Morocco today.

Oddsmakers think they’re going to do it, although the odds aren’t as short as you’d expect. The World Cup runners-up are priced at +100, suggesting that bookies do think there’s a chance an upset might happen. To see what we think, keep on reading!

The last time Morocco lost a competitive game in 90 minutes was at the 2018 World Cup when Portugal beat them 1-0. They did lose a couple of matches (four, to be precise) in extra time/penalties in the meantime. But there won’t be any extra time in today’s game.

Does this mean Morocco fans have the right to hope for a good result against Croatia? They do because there are some exceptional players on Morocco’s roster. PSG’s wing-back Achraf Hakimi is their star player, followed by Chelsea’s Hakim Ziyech, Fiorentina’s Sofyan Amrabat, and others.

These guys are pacey, technical, and spirited, but there’s one thing they lack – experience. Sure, they’ve played many top-level games so far, but Croatia’s key men have played way more. Croatia’s captain Luka Modric, for example, made his professional debut 19 years ago.

Luka Modric to Score from Outside the Area

The MVP of the previous World Cup is already 37, but he shows no signs of his age on the pitch. He’s already played 17 games for Real Madrid this season, scoring 5 goals along the way.

As he’s a midfielder (and a great free-kick taker), most of his goals usually come from outside the penalty box. If he’s going to score today, we think it’s going to be this way.

Morocco are a pretty decent team but we doubt they can do better than Croatia. In the best-case scenario for the Atlas Lions, the game would end in a tie. Still, we doubt that’s going to happen. Instead, Luka Modric & Co. are going to dominate the game, getting all three points in the end.