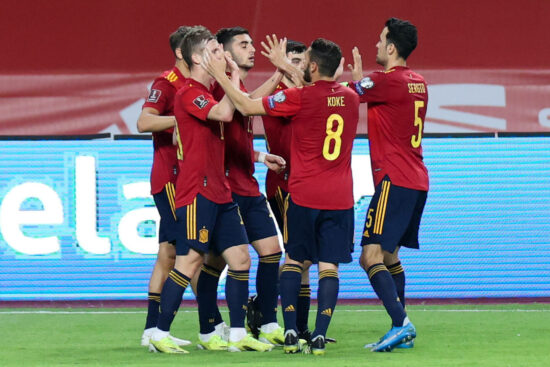 If you’re looking for the latest World Cup predictions for Spain vs Costa Rica, then look no further than Vegas Odds.

My pick to win the World Cup in Qatar gets their campaign underway on Wednesday morning, as the talented Spanish side open Group E with a clash against Costa Rica at the Al Thumama Stadium.

Spain will be looking to avoid another disappointing showing at the World Cup this year, as they have failed to make it past the round of 16 since their historic triumph in South Africa in 2010. However, I expect them to go very far in the competition this year, should they top Group E. Spain was one of the outstanding sides at the EUROs last summer and was unfortunate not to have made the final after losing to Italy on penalties.

This is certainly not the easiest task for Costa Rica on paper, but they famously made it out of a group consisting of Italy, Uruguay, and England at the 2014 World Cup. In that competition, they reached their best-ever stage, as they were eventually knocked out in the quarterfinals. Costa Rica won eight of their 15 qualification fixtures, conceding just eight goals, which is their best defensive record since the qualification campaign was broadened in 1998.

Costa Rica needed a playoff to reach the World Cup finals, but they landed a professional 1-0 win over New Zealand, with Joel Campbell scoring the winning goal after just three minutes. Once again, they will look to play on the counter-attack, but this looks like an extremely tall order against a talented Spanish side.

Given Alvaro Morata’s inconsistent streak in front of goal, much of the attacking outlet will be on the Spain wings. We could see this being a standout tournament for Barcelona ace Ansu Fati, and his record of three goals and three assists in 14 La Liga fixtures this season is a solid return. We could see him having a big say in this fixture.

I expect Spain to avoid the same fate as Argentina and get off to a strong start at the World Cup this year. They are unbeaten in three previous meetings against Costa Rica, winning on three occasions. Meanwhile, an average of four goals per game have been scored in the previous meetings, which opens up a very interesting betting angle on over 3.5 goals.