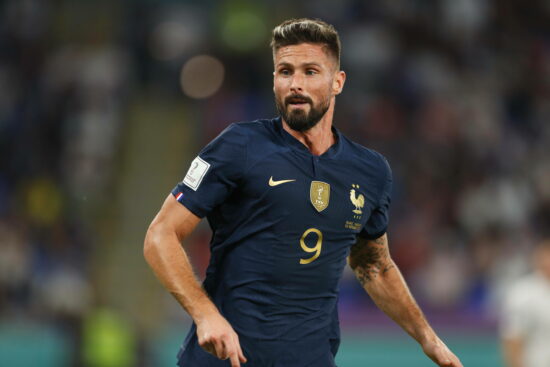 If you’re looking for the latest World Cup predictions for Tunisia vs France, then look no further than Vegas Odds.

France has already secured their passage through to the next round of the World Cup, and they will be looking to maintain their 100% record against Tunisia. The African nation could yet join the reigning world champions in the round of 16, but they will need to beat the French and hope that Denmark vs Australia ends in a draw.

Before the start of the World Cup, many questioned whether off-field issues could directly impact France’s ability to defend the title they won four years ago. However, on the field, there have been no signs of any friction in the French camp, as they sailed through Group D with flying colors.

France has won both games that they have played, scoring a total of six goals. Kylian Mbappe has once again been the standout star for the French, as the PSG forward has scored three goals at the World Cup. Two of those came in France’s recent 2-1 win against Denmark, which effectively wrapped up top spot in the standings. However, Mbappe may be one of a number of key stars rested for this final group game.

Tunisia comes into their final group game with qualification still in their hands. The African nation has never reached the round of 16 at the World Cup. Furthermore, they have won just two games at the competition throughout their history.

It could be argued that their best chance of qualification may have already passed them by, as they were beaten 1-0 by Australia in their previous fixture. That defeat leaves them needing a win in this final fixture against the French, while they will also require Australia and Denmark to draw in the other match in Group D.

The fact that Tunisia has won just twice at the World Cup doesn’t bode well for their chances against France.

Although Didier Deschamps is likely to make a number of changes, we could see Olivier Giroud being one of the stars in the starting 11. We could see him breaking the France goalscoring record on Wednesday.

France is unbeaten in four previous meetings against Tunisia, and they have won three of their previous five matches against African opposition. Despite a number of changes being made, the depth in this French squad ensures that it still looks hard to see beyond them.