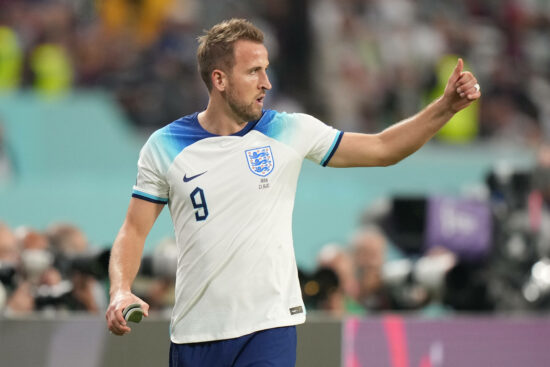 Today’s World Cup predictions include free picks courtesy of Vegas Odds for Wales vs Iran, Qatar vs Senegal, Netherlands vs Ecuador, and England vs USA.

Things are heating up in the 2022 World Cup. Round 2 of the group phase kicks off today with four games from groups A and B. Teams like Wales and Senegal need wins to stay in the race for the knockouts, while heavyweights like England and the Netherlands could book their tickets to the Round of 16 today.

Gareth Bale saved the day for Wales against the USMNT by scoring the equalizer from the penalty spot. After 1-1 with Team US in Round 1, things are looking good for Wales. Their chance of making the playoffs looks good and will look even better if they beat Iran today.

The thing is that they play England in the final round of the group phase. By then, the Three Lions will have probably qualified, meaning that they might not go with their strongest XI against Wales.

That said, beating Iran is an absolute priority for the Dragons. They have the motivation, as well as the manpower to pull it off.

Qatar is probably the worst team competing in the 2022 World Cup. They look anemic in the tournament opener against Ecuador, in which they had no shots at the opposition goal. We expect to see something similar against Senegal.

In fact, we expect the African champions to beat the World Cup hosts today fairly easily. They need to do it as they’re on zero points after one round.

With Edouard Mendy between the sticks and his Chelsea colleague Kalidou Koulibaly in front of him, Senegal are likely to keep a clean sheet.

Scoring, however, is more of a challenge as their best attacker Sadio Mane is out of the squad due to injury. Nevertheless, the Lions of Teranga do have the manpower to score at least a goal against Qatar.

Even though they did defeat Senegal 2-0, the Dutch were far from impressive in the opening round. They struggled to create chances and if it weren’t for the individual brilliance of their midfielders, they wouldn’t have won.

In fact, the Dutch had fewer goal attempts than the opposition, with no shots on target in the first 45 minutes.

Is this something that should worry them? Definitely! Especially knowing that Ecuador have kept a clean sheet in each of their previous seven games.

England started the World Cup in top gear, obliterating Iran 6-2 in the first round. The coach Gareth Southgate, however, wasn’t completely satisfied with his team’s performance, saying that they “have to be better.”

The reason why he’s not happy is that the three Lions conceded two goals on Monday. They now have conceded at least a goal in six of the seven competitive matches played in 2022.

This should worry them because they’re taking on the USMNT today, a team that’s desperate for point(s) after failing to beat Wales in the first round.