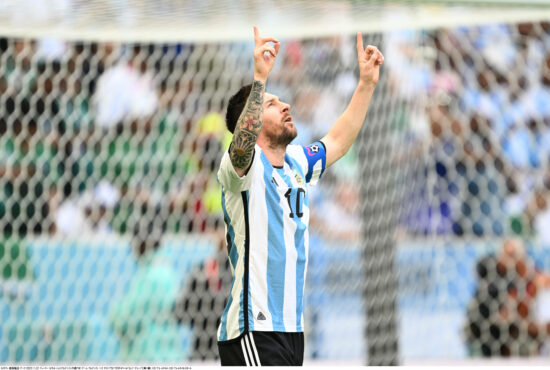 Today’s World Cup predictions include free picks courtesy of Vegas Odds for Tunisia vs Australia, Poland vs Saudi Arabia, France vs Denmark, and Argentina vs Mexico.

Round 2 of the 2022 World Cup continues with another four games. Teams from Group C and Group D get on the field today. The game of the day is Argentina vs Mexico, in which Lionel Messi & Co. need to go for a win. Not only will we analyze that matchup in detail, but we’ll preview the other three games as well. So, let’s start!

In Round 1, Tunisia played very defensively; Australia went with an offensive-minded strategy. Tunisia’s plan worked, but Australia’s did not.

Even though they were expected to lose to Denmark, Tunisia managed to keep them to a draw.

The same day, Australia got blown out by France 4-1, despite getting the lead in the first half. The Aussies played 4-3-3 against the world champions, which proved to be a poor choice.

Coach Graham Arnold might stick with the same tactic for the game against Tunisia. This time, however, it should work.

Guillermo Ochoa stopped Roberto Lewandowski from scoring his first-ever goal at the World Cup. Mexico’s goalie denied his penalty in the Mexico vs Poland game, which ended 0-0.

Four days later, Lewandowski will have another chance, this time against Saudi Arabia. Right now, everyone’s talking about these guys as they caused one of the biggest upsets in the history of the tournament on Tuesday morning – they defeated Argentina 2-1.

It’s a historical result for the Saudis, but we think it was just a glitch. They did beat mighty Argentina, but they remain one of the worst teams competing in this World Cup. And Poland will prove it!

France beat Australia 4-1, but they’re not locking horns with a much tougher opponent. The Danes are fantastic at the back with Kasper Schmeichel between the sticks and Simon Kjaer, Andreas Christensen, and Joachim Andersen in front of him.

Breaking the Danish wall isn’t going to be easy even for such a strong offense as France. Nevertheless, we do think the reigning World Cup champs will prevail in the end.

If the offside rule didn’t exist, Argentina wouldn’t have lost to the Saudis. Three of their goals were ruled out due to offside, one of which should’ve stood. Nevertheless, Argentina players shouldn’t be mad with VAR but with themselves.

Losing 2-1 to a team that was the biggest underdog to win the trophy before the start of the tournament is embarrassing. They need to say sorry to their fans with a win on Saturday. The trouble is that their opponents now know their weaknesses.

You can be certain that Mexico will employ the same kind of strategy as Saudi Arabia. They’re going to defend ferociously (fouling Messi many times along the way) and look for goals on the counter. They have the manpower for this strategy – wingers Hirving Lozano and Alexis Vega are incredibly pacey and skillful in counterattacks.

Further, Mexico have one ace up their sleeve – Raul Jimenez. The Wolves’ scoring machine is great in the air, which isn’t the case with Argentina’s center-backs. For instance, Lisandro Martinez who is expected to start for Argentina is six inches shorter than Jimenez.