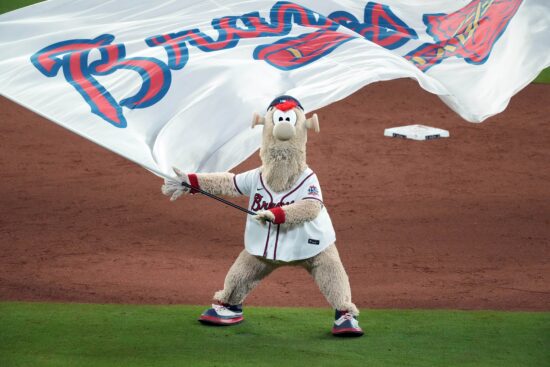 The Atlanta Braves completed their first of two bullpen games in game four on Saturday night. Now the Braves are one win away from winning their first World Series since 1995. With their 3-2 victory Saturday night, the Braves are now 7-0 at Truist Park during the postseason. Can the Astros break the Braves’ home winning streak and force a game six and bring this series back to Houston, or will the Braves finish the job Sunday night?

The Houston Astros are one game away from being eliminated from the postseason and allowing the Atlanta Braves to be crowned World Series Champions for the first time in 16 years. In game four, the Astros came out of the gate ready to roll. They knocked out the Braves “starter” Dylan Lee, in just 0.1 innings. The Astros started the scoring in the top of the first inning when Carlos Correa came to the plate with the bases loaded and one out. He was able to ground out to the third basemen, Austin Riley, but that allowed Jose Altuve to score and give the Astros the early 1-0 lead. In the top of the fourth inning, the Astros doubled their lead on a Jose Altuve home run to deep center field. Unfortunately for the Astros, that was all the offense could put across against the Braves bullpen.

In the pivotal, win or go home, game five the Astros are sending out their 27-year-old left-hander, Framber Valdez. In this postseason Valdez has appeared in four games, posting a 1-1 record with a 6.35 ERA in 17 innings with 15 strikeouts. Valdez last pitched against the Braves, in Houston, on October 26. Valdez only lasted two innings allowing five runs on eight hits, while striking out two and walking one. If Valdez gets into trouble early, look for the Astros to go to their bullpen early, as everyone but Greinke should be available for this win or go home game.

The Atlanta Braves are one win away from hoisting their first World Series Trophy since 1995. If they are to win tonight’s game, it’s going to be another bullpen game. In-game four, the Braves found themselves in trouble early, being down two runs in four innings, with essentially no offense to be spoken of. That changed in the bottom of the sixth inning when Austin Riley singled sharply to left field scoring Eddie Rosario, cutting the Astros lead in half. In the bottom of the seventh inning when Dansby Swanson erupted Truist Park with a solo home run to right field to tie the game. The very next batter, a pinch hitter, Jorge Soler, really sent the Braves’ fans into pandemonium, when he hit his own solo home run, a shot to deep left field, to give the Braves their 3-2 lead. That was the dagger for the Braves that the Astros couldn’t come back from.

Game five, the Astros need to win to stay alive, and the Braves want to keep the series from going back to Houston. If Houston wins and the series goes back to Houston, the momentum could swing in the Astros favor, even though the Braves will have their starters rested and ready to go. I’m looking for the Braves bullpen to keep up their dominance as they have all series and give the Braves and their fans the World Series title victory at home.

Keep up to date with the games live on Flashscore.com