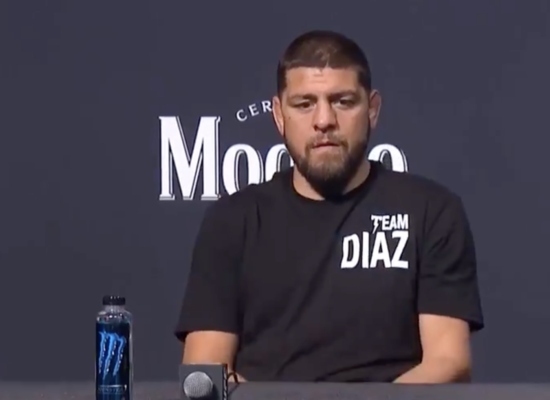 Nick Diaz is set to make his long-awaited return to action this Saturday and will face ‘Ruthless’ Robbie Lawler in a rematch 17 years in the making.

UFC 266, which will be headlined by featherweights Alexander Volkanovki and Brian Ortega, will also see flyweight champion Valentina Shevchenko defend her title against Lauren Murphy, but not before Diaz and Lawler take to the octagon.

Looking to claim a second win over Lawler following his 2004 second-round knockout, the Stockton-born cult favorite knows he will likely need to be back to his best if he is to see his hand raised.

This weekend’s bout, which will be a five-round non-title fight, was originally scheduled to take place in the welterweight division, however, with just days to go, the UFC, upon Diaz’s request, agreed to move it to a middleweight clash.

Following the change in weight class, as well as video footage released of Diaz shadow boxing, online oddsmakers have seen their lines fluctuate at a rate rarely seen in the build-up to a mixed martial arts event.

At the beginning of the week, Diaz opened as the fight’s narrow favorite at -109 with Lawler priced at +111.

However, following what has been an intense build-up, earlier on Friday saw Diaz’s odds drift to a whopping +132 – but they didn’t stop there.

Now with just 24-hours to go, Diaz finds himself as the even more overwhelming underdog and priced at a massive +140 with Lawler at a super-short price of -160.