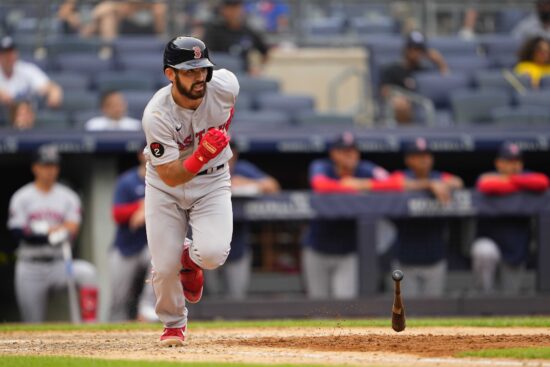 Have the New York Yankees been figured out? This is a team that was dominant to start the season, 15-6 in April, 19-9 in May, and 22-6 in June but seem human lately going 13-13 in July and starting out August 2-7. On their current road trip the Yankees have been swept over three games in St. Louis and just dropped two of three in Seattle.

This would seem like a great time for the Boston Red Sox to pounce on their AL East rivals, but the boys from Bean Town have dropped six of their last eight. New York will always step up in a Yankees vs Red Sox matchup, but they also have a 10-game lead over Toronto in the division and are on cruise control towards the playoffs. Boston meanwhile is hanging by a thread 4.5 GB in the wild card race and as slight +106 underdogs on the Vegas odds for Friday’s series opener.

Yankees Ready to Start Something

Everybody knows the Yankees have come down to Earth over the past month, so much so that the Astros have passed them for the best record in the American League. New York can change that narrative that they’ve dropped off starting this weekend though, as after the series at Fenway Park the Yankees return home for 7 games with the Rays and Blue Jays (the two teams trailing them in the AL East) as well a two game Big Apple rivalry series with the Mets.

New York has some value at -124 in Friday’s Yankees vs Red Sox matchup because you never know which version of this offense is going to show up. The Yankees have plated 9 runs in two of their last four games, but have also been shut out twice in their last five. It’s a roll of the dice on this offense the past week, and when you’re correct it’s an easy victory.

Domingo German (1-2, 5.09 ERA) makes his fifth start of the year for the Yankees and first against the Red Sox for the season. New York is 2-2 in German’s previous four starts, even though he’s allowed 2 ER or less in three straight outings. German is 0-2 with a 5.68 ERA on the road this year compared to 1-0 with a 3.62 ERA at home.

Red Sox Have a Chance?

Boston lost two of three at the Yankees right before the All-Star break, suffering a couple brutal victories to close out the weekend 14-1 and 13-2. They had split a 4-game series with New York at Fenway earlier in the month but combined the Sox are 12-25 in July and August after a red hot 20-6 record in June.

Friday’s Yankees vs Red Sox starter Nathan Eovaldi (5-3, 4.23 ERA) started one of those recent games against New York, giving up 3 ER over 4.1 IP on July 15th in a 5-4 Boston win. Eovaldi has had a rough go of it since the All-Star break, giving up 9 ER to the Blue Jays as well as 4ER to both the Guardians and Royals. He also shut out the Astros over 6.1 IP over that span so who knows what version of the pitcher shows up in this series opener.

The Yankees lineup is stacked, so obviously Eovaldi’s success against the big dogs is going to determine Friday’s winner. Aaron Judge is 9-26 with a HR against the Sox starter while Josh Donaldson has 2 HRs in 15 career ABs vs. Eovaldi. Anthony Rizzo is also 6-12 vs. Eovaldi so New York should at least have some base runners on Friday night.

That’s a great price tag on New York – almost so much so that you overthink it. Sure the Yankees lost as +105 underdogs in German’s last start against St. Louis, and at -124 in Seattle on Wednesday, but they are back on the East Coast and have had some moderate success against Eovaldi.