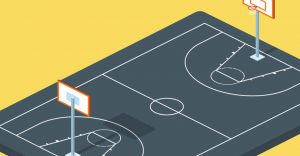 Instead of enjoying his first NBA win, Zion was quiet and down because of Kobe’s death. His Pelicans defeated Boston Celtics 123-108, with him scoring 27 points and having 11 board, but the No.1 from this year’s draft didn’t celebrate as he should.

The Pelicans seized the control of the match early one and had a 10-point lead already after the end of the first period, 32-22. That distance would stay the same until the late part of the second, once NOP started to pull away even more. Zion and the boys created a 20-point advantage on the halftime, 62-42.

It was a routine for the hosts after that, and they confidently closed the game without any problems.

The Clippers opened their game in Orlando a bit slow and even allowed the Magic to create an 11-point lead early in the second. However, after the break, Doc Rivers’ guys just pumped up the pace and left the hosts way behind them.

Midway through the third, it was already 78-61 for them, and there were no questions about the winner of this contest. It is like this almost all the time. The Clippers start the game without any intensity, and in the second half, mostly in the final quarter to be exact, they began pounding from all weapons and crack the rival.

On the other side, Michael Carter-Williams had 15, Vucevic 13, Wes Iwundu 12. Aaron Gordon posted a double-double with 10 boards and points each.

Nikola Jokic is toying with the statistics since he entered the league. The All-NBA First Team center dropped 24 points, had 12 boards and 11 assists for his 9th triple-double this season.

He would lead the Nuggets to a big win over the Rockets, 117-110, because these two teams are competing for high seeds in the Western Conference.

The guests from Texas appeared without James Harden, due to his thigh injury, so Russell Westbrook took over the wheel, and we can say that he didn’t do that very well. He did score 32 points and had 7 boards and assists each, but also added 10 turnovers, and was constantly creating confusion among the Rockets’ crew.

Among the home team, Jerami Grant scored 25, while Monte Morris and Michael Porter Jr., added 17 each. Young Porter played 24 minutes, and it seems that the Nuggets have another superstar potential in their team.
He is really playing well over the recent few weeks, showcasing unreal scoring abilities.