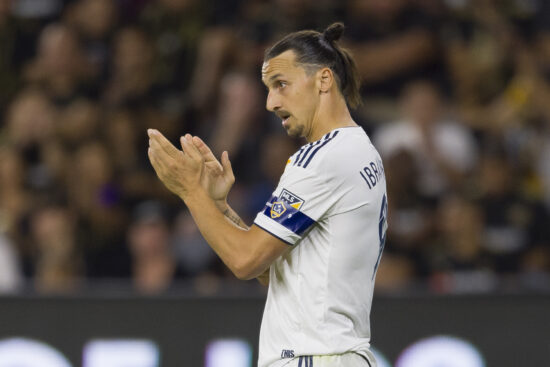 Zlatan Ibrahimovic simply isn’t going to stop. The fantastic striker defies his age, looking marvelous on the pitch and contributing big to his AC Milan. We’ve seen him in action today, coming off the bench and scoring after a while.

One of the greatest players in the history of this sport entered the field in the 60th minute. At that moment, AC Milan had a lead against Lazio but was losing the grip. The hosts missed a penalty in the final minutes of the first half, and as time went by in the second part of the game, Lazio was becoming more and more comfortable.

Milan’s head coach Stefano Pioli went for his only logical solution, throwing in Ibrahimovic, who is healthy following a knee injury that set him apart from the EURO 2020.

Ibra needed seven minutes to hit the back of the rival’s net and trigger the euphoria in the San Siro stands. The fans were in ecstasy after his goal, and to be honest, the 39-year old veteran couldn’t hide his delight.

The result stayed 2-0 for Milan, who is now topping the Serie A standings with three wins in three matches. We just need to say that Rafael Leao scored the opening goal for the hosts.

This victory presents a great morale boost for Rosonerri, who are in a much better position now than a few years ago. After Ibrahimovic’s comeback, Milan managed to secure the UEFA Champions League spot, which will bring a huge financial injection.

Pioli’s side started the previous year very well, and they were leading the race for a long time. However, inadequate depth cost them in the finish, and Milan didn’t endure the race with other rivals, and Inter took the silverware.

When mentioning the European titles, Milan is nowhere near the top favorites for snatching the UCL trophy. Their odds for winning this competition are +8000. Ibrahimovic’s former club, PSG, is on top, with the odds +330, and Manchester City comes next at +350.

The reigning UCL champions, Chelsea, are +600, the same as Bayern Munich and ahead of Liverpool, +800. As you can see, the difference between Milan and these teams is massive, giving a clear picture of Rossoneri’s current situation.

Ibrahimovic and his crew will have the best chances to win the trophy in Coppa Italia. They are the fourth favorite at the moment, with the odds +550, behind Atalanta, +500, Inter +350, and Juventus +250.

Cup competitions are always the most exciting ones, and with the biggest surprises, which works in Milan’s favor.