Bellator got its name from the Latin word for ‘warrior’ which perfectly suits this MMA promotion. Bellator fights are often extremely passionate, which is one of the main selling points of this competition. For many mixed martial arts fans, Bellator is a rawer version of the UFC.

Although it’s still trailing behind the UFC in terms of popularity, Bellator is one of the biggest competitions in the MMA universe. In its early days, it was thought of as a stepping stone for fighters on their road to the UFC. However, 12 years after the organization was born, a number of elite athletes are competing in it.

There is a number of real MMA superstars who have competed in Bellator at one point in their careers. Although the list is too long to mention, there are a couple of real legends of the sport that we need to talk about. Those include the following:

One of the main differences between the two MMA promotions is the way matchups are decided. UFC uses a match-making style in which potential fights are negotiated between the fighters, their managers, and the people from the organization.

That’s not the case with Bellator, which uses a tournament-based format. In this competition, a fighter needs to take part in three fights over the season in order to get a title shot.

“Where title shots are earned, not given” – The slogan of Bellator MMA tells everything about this competition’s title bids.

A season in Bellator lasts for three months, where fighters compete for titles in eight different weight classes. In the UFC, events happen throughout the year, sometimes featuring title-deciding bouts, sometimes not.

Another big difference between the two MMA organizations is the way they make money. The business model of the UFC focuses on Pay-per-view (PPV) service, while Bellator MMA utilizes a TV show business model.

What this means is that Bellator MMA is making a big percentage of its revenue from old-fashioned TV advertising.

It’s true that UFC is more commonly found in online sportsbooks, there are many places where you can bet on the events from Bellator.

In fact, most sportsbooks that have MMA events in the offer usually feature Bellator fights in addition to those organized under the helm of UFC.

Practically the same betting markets offered for UFC events are usually available for Bellator MMA fights as well. Some of the most popular types of bets in Bellator include the following:

Depending on the sportsbook, you might be able to place not only pre-fight bets but also live bets. Betting live can be super-exciting, as well as very lucrative. Watching live coverage of a fight can give you a good idea of what’s going to happen at the end. You can take advantage of it by placing a live bet.

Even those who don’t consider themselves huge MMA fans can find Bellator betting very entertaining. The thing with this promotion is that it’s often very uncertain. Anyone can beat anyone in Bellator and there are no clear favorites/underdogs. And this means that the betting odds on Bellator fights are usually very good from the bettors’ point of view.

All this also means that predicting the outcome of a fight is not that easy. It’s not easy, but it’s also not impossible, especially if you do your homework. Doing some research before placing bets is crucial. The stuff you got to pay attention to include the form of the fighters, their record in the same weight division, their previous duels, and so on.

It’s also important to read recent Bellator news, especially those related to the fighters’ forms and their injury statuses. Injury reports can help you with making the right decision, helping you decide whether to bet or stay away from the fight in question.

Mohegan Sun Arena is going to be the battlefield where the fight for the Bellator women’s flyweight championship is going to take place. Macfarlane vs Velasquez is the bout in question, which is going to see two undefeated fighters squaring-off. Who’s going to win it? At first glance, Ilima-Lei Macfarlane (11-0) looks like a big […] 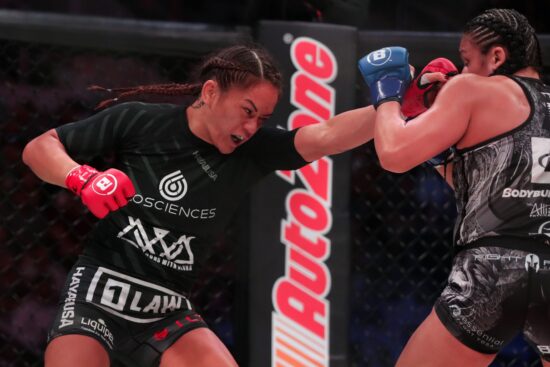 The highlight fight of Bellator 237 at Saitama Super Arena in Japan, will be the clash between Quinton “Rampage” Jackson and Fedor Emelianenko. The spectacle worth closing the year in which we saw many fantastic fights and several historic achievements. Rampage’s Weight not a Problem The former UFC lightweight champion has gained a massive amount […]

Ben Askren announced on Monday that we would be retiring from the sport of mixed martial arts for good following his return to the sport after getting traded to the UFC. Askren was once undefeated and on a mission to take the UFC by storm and prove he was the best in the sport. Askren […]

Here is the betting preview for Bellator 221.

Here is the betting preview for the Bellator 220. 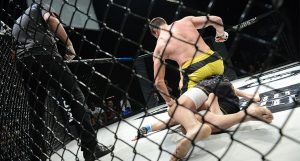