The Northern Trust is the first tournament of the FedEx Cup Playoffs. The event has always been important to set the tone for the PGA season finale. However, given the changes that were made to the Playoffs, we might witness a bit more drama at the event than usual. The playoffs have been decreased from four to three tournaments, which means that the stakes at the Northern Trust are now higher for many players.

Points for winning the first two playoff events, the Northern Trust and the BMW Championship, are worth four times that of a regular-season tournament. The incentive to play well at these events is high because golfers have a chance to improve their starting position for the FedEx Cup. Players who are atop of the rankings are given the advantage of starting the tournament a certain number of strokes under par. For example, No.2 ranked-player will be eight-under, No.1 will be ten under, and so on.

At this time of the year, everyone is thinking about the FedEx Cup — the culmination of a three-tournament playoff series that is the season-ending tournament on the PGA Tour calendar. And the journey begins with Northern Trust. The winner of the FedEx Cup goes home with a whopping $15 million, so you can expect all the big names to bring their A-game into the three playoff tournaments.

Grand Slams aside, the Northern Trust is one of the most significant tournaments on the PGA Tour. What this means for bettors is countless betting opportunities and more chances to win money. All top-tier sportsbooks will strive to take your attention by providing competitive odds and a plethora of betting markets. If you want to try beating them, you must learn everything about the competition. Therefore, pay close attention and hear out our professional golf tipsters.

About the Northern Trust

In 2007, the Northern Trust became one of the most significant events on the PGA Tour, after being enlisted as the first of the FedEx playoffs tournaments. Back then, the competition was called Barclays, after its main sponsor. In 2017, the financial services company called Northern Trust replaced Barclays as the title sponsor, after which the tournament name was formally changed.

The 125 top-ranked players on the FedEx rankings are eligible to qualify for the tournament. Throughout history, many of the world’s best players have won the title at Northern Trust, including Jason Day, Dustin Johnson, Patrick Reed, and so on. Apart from the hefty prize fund, this competition is significant because it can provide valuable points for the FedEx playoffs race.

In 2019, the FedEx Cup introduced a new playoff format. The new format shortens playoffs to three events, giving players more opportunities to contend. After the Northern Trust tournament is finished, the top 70 in the FedEx rankings move on to the BMW Championship before the top-30 fight it out in the PGA season finale.

Nowadays, the tournament rotates among golf courses in the New York-New Jersey area.

The tournament underwent several name changes since its inception in 1967 when Jack Nicklaus won the first title. It was initially known as the Westchester Classic, and during its first several years, the event was hosted at Westchester Country Club in New York. In 1990, the tournament no longer contained the name of its location or host course and was renamed to Buick Classic.

The tournament was usually played in June each year, one week before/after the US Open. In 2001, when Tiger Woods took part in the event, the Northern Trust (Buick Classic) reached its highest attendance, despite several rain delays.

The 2020 edition of the tournament will be held August 5–11, 2020, at TPC Boston that has hosted the Dell Technologies Championship since 2003. While Reed will be the defending champ, Bryson DeChambeau is the most recent champion at TPC Boston, having won the 2018 event.

TPC Boston was designed by Arnold Palmer and was built in 2003. The venue was redesigned in 2007 by Gil Hanse, an esteemed golf course architect, while former player Brad Faxon served as a consultant. The Faxon-Hanse proved to be a match made in heaven as they’ve created a compelling par-72, 7,241 golf course, which is many players’ favorite place to compete.

This course is indeed a sight to behold. The rough is tall, but not very thick, with well-groomed greens and fairways keeping the venue difficult yet friendly. All in all, the conditions at TPC Boston are very friendly, but challenging for golfers at every skill level.

In 2019, Patrick Reed became a two-time champion at the Northern Trust, after holding on for a one-stroke victory. Reed finished at 16-under 268, while the runner-up Abraham Ancer had one less. It was Reed’s second title at Northern Trust and his seventh PGA Tour win.

Bryson DeChambeau finished the third round with 63 and then scored a 69 in the fourth round, leaving Tony Finau by four shots. His final score was 18-under 266. It was Dechambeau’s FedEx playoff win and his third overall career title on the PGA Tour.

Proper research is crucial to any betting predictions. The more you learn about the event and the participating players, the more likely you’ll make profitable bets. That said, you can find many money-making opportunities at the Northern Trust simply because many of the bettors are so clueless. So with your knowledge, our tips, and a little bit of luck, the sportsbooks don’t stand a chance.

The great thing about betting is that you can win big if you predict when the lower-ranked players are going to have a breakthrough. That’s because there are several underrated players with a decent chance of winning (sleepers) at every event who’ll pay dividends if you can find them.

So how do you pick one? Well, there’s no magic formula to determine which underdog is going to make an upset and win the whole thing. However, what you can do is look for mid-ranked players who have a game suited for the TPC Boston courses. That said, you don’t necessarily have to pick a hard-hitter because these courses are not particularly long.

The field at the Northern Trust consists of 125 players, but only 70 of them qualify for the BMW Championship. So, you should look for someone who is a decent golfer but may lose his spot at the FedEx Cup if they don’t perform well here. For example, Patrick Reed, who is currently on the 15th spot on the PGA tour, was coming into this year’s Northern Trust as the 50th player on the FedEx Rankings. After winning the tournament, he took over the number two position (the winner gets 2,000 points). He was a 40/1 favorite to win the event.

Break Down the Statistics on Courses and Golfers

One great thing about the digital age that we live in is that now we have access to in-depth sports statistics. In fact, there are stats on just about anything you can think of — approaches from the right-hand rough, average driving distance, and so on.

Now compare these stats with the knowledge you have about the 2020 Northern Trust. You don’t need to study everything thoroughly, but the more you know about it, the better are the chances of success you stand.

Check Out the Weather Forecast

One thing you must understand about golf is that not every golfer responds the same to different weather conditions. Some players can adjust to the rainy or windy conditions, while others can’t withstand the pressure. The weather in Boston at that time of the year is usually warm, with occasional rain. If rain happens to fall during the event, the course will be soaking wet, which favors players who are off the tee. So, make sure to check the weekly forecast before you make your 2020 Northern Trust predictions.

The current form is an excellent indicator of how a golfer is likely to perform in an upcoming tournament. Golfers usually play in streaks, so if a certain golfer has had several consecutive T10 finishes prior to the Northern Trust, you should consider them in your betting predictions. That said, you should also keep in mind that it’s the end of the season, and players are probably already exhausted and don’t have anything to prove once all the Majors are capped off.

All in all, you should be looking for a top 30 golfer who needs points to qualify for the FedEx Cup, has a game suited for TPC Boston courses, can withstand rainy conditions, and is in a decent form.

PGA Tour action this weekend takes place from the Torrey Pines South Course, CaliforniaPatrick Reed won this event last year by five strokes There is exciting action on the PGA Tour taking place this weekend, as the illustrious Farmers Insurance Open takes place in California. Some of the world’s best will be in action in […] 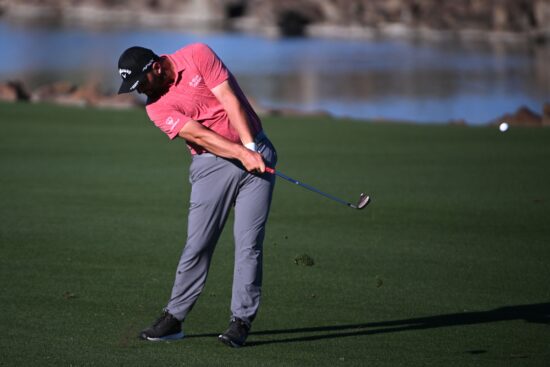 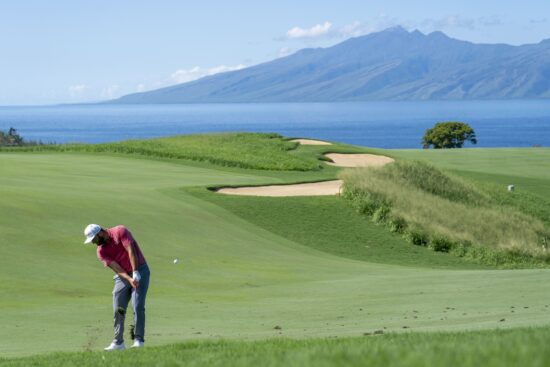 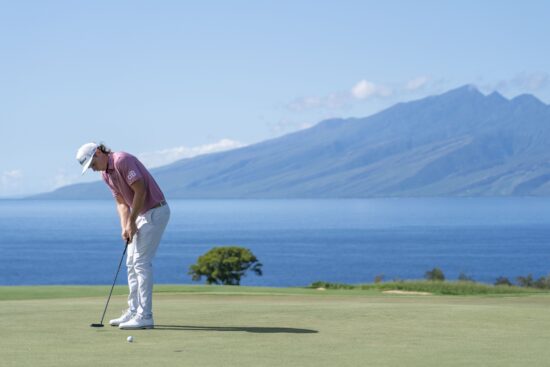 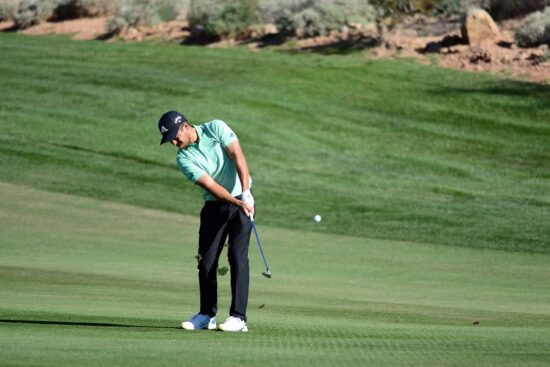 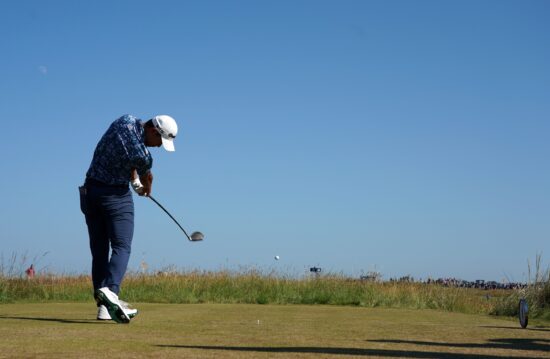 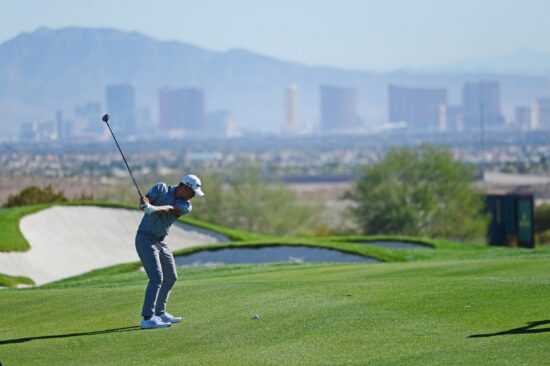 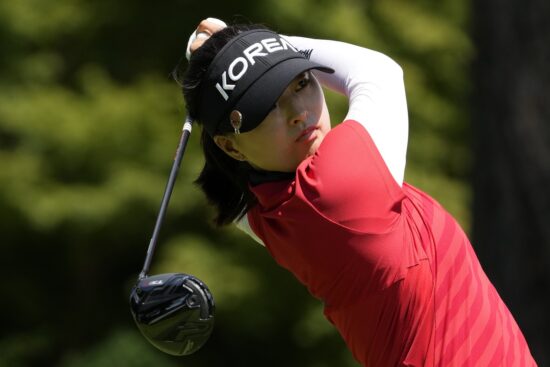 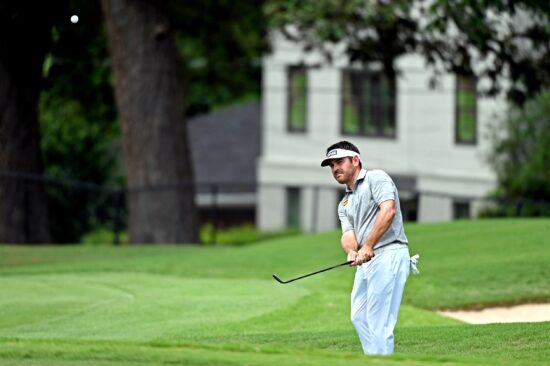 PGA Tour action takes place in Houston this weekend, as the Houston Open takes place at the Memorial Park Golf Course Carlos Ortiz is the defending champion The Houston Open has been one of the first events on the PGA Tour since the schedule was rearranged in 2020. It will once again be played at […] 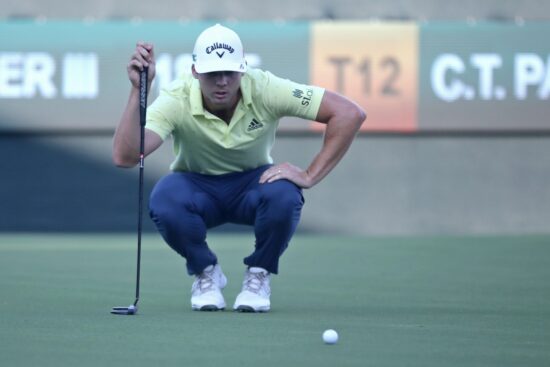 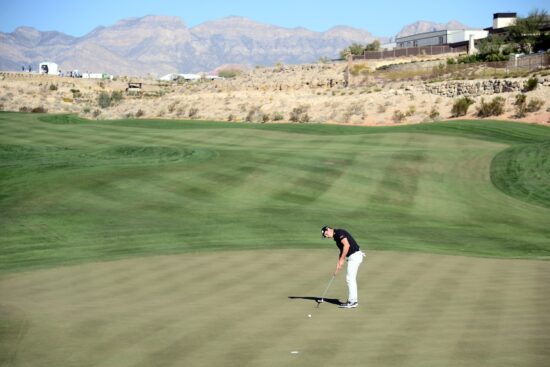 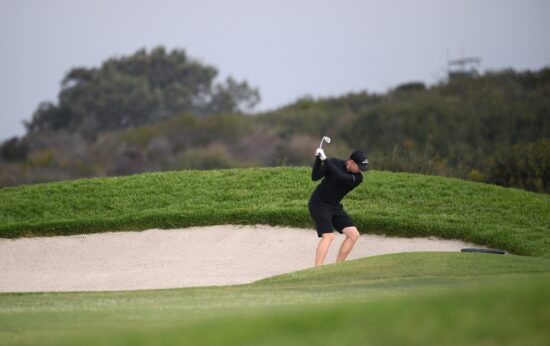 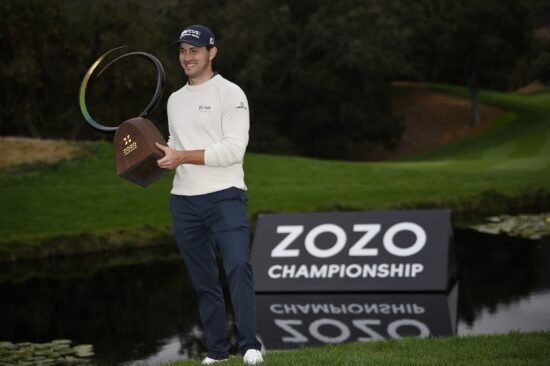