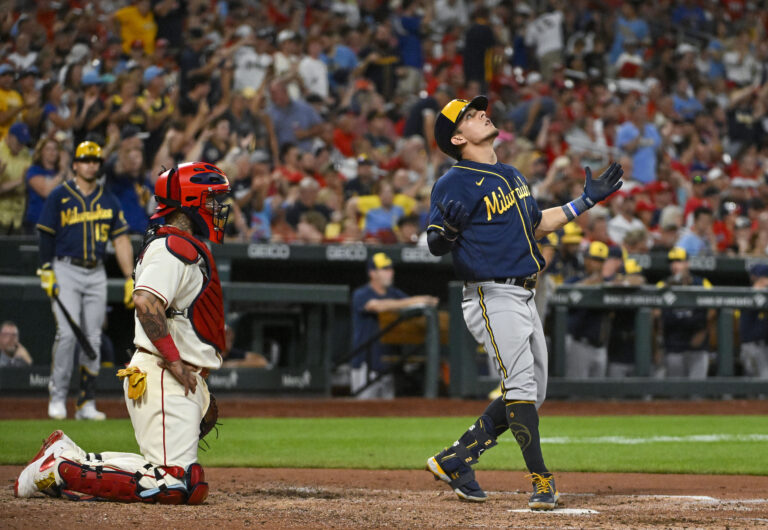 The Brewers defeated the Cardinals by a score of 3-2 on Saturday. The Cardinals came up short despite scoring a run in the bottom of the 10th inning. The Brewers are 7-7 against the Cardinals so far this season. If you’re looking for some of the best MLB prop bets, you’ve certainly come to the […] 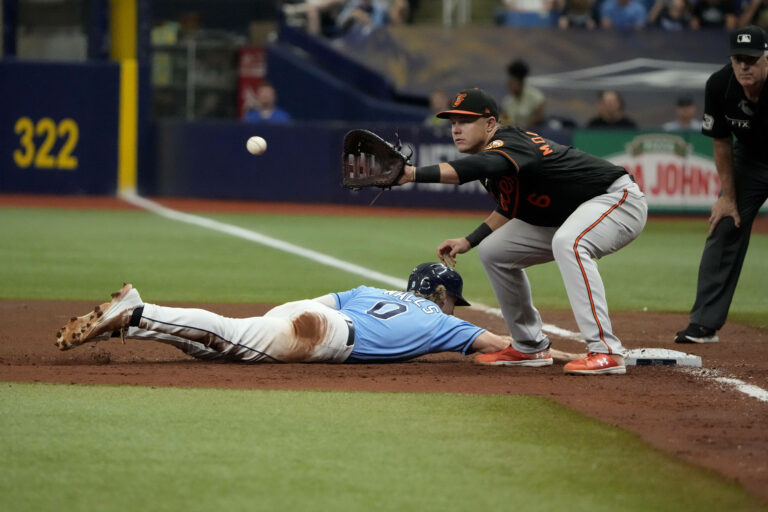 The Rays defeated the Orioles by a score of 8-2 on Saturday. The Orioles will have a chance to flip the standings back with a series win on Sunday. The Rays are 11-10 against the Orioles so far this season. If you’re looking for some of the best MLB prop bets, you’ve certainly come to […] 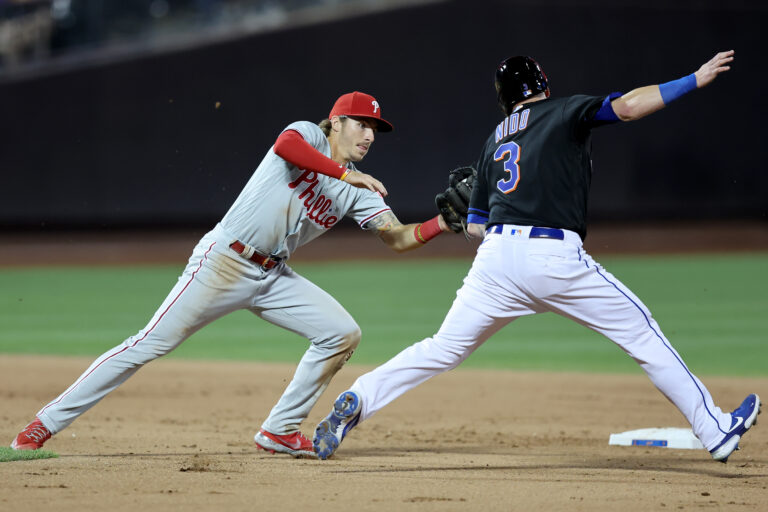 The Phillies defeated the Mets 2-1 in a 10-inning thriller on Friday. The Mets still hold a 6 game lead in the NL East division. New York is 9-4 against Philadelphia so far this season. If you’re looking for some of the best MLB prop bets, you’ve certainly come to the right place! The Phillies […] 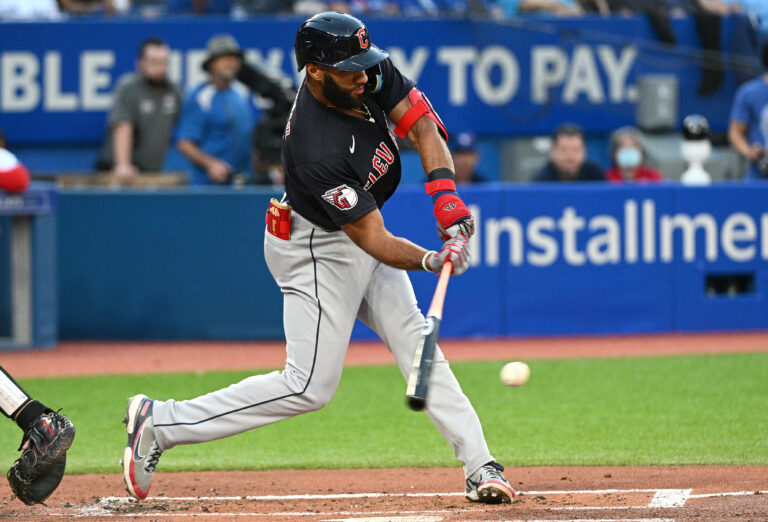 The Guardians defeated the Blue Jays by a score of 8-0 on Friday, their 6th win in a row. The Blue Jays’ loss dropped them to a record of 60-51 on the year. The Guardians are 4-1 against the Blue Jays so far this season. If you’re looking for some of the best MLB prop […] 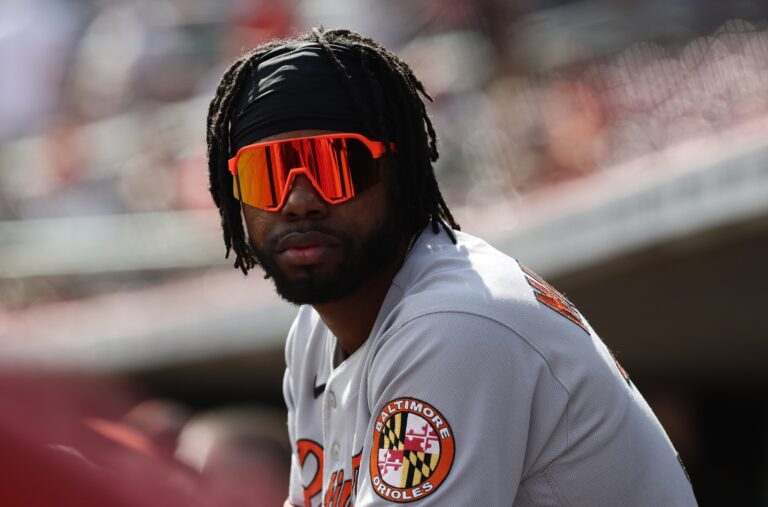 Teams played three 1-run games when they met up in early July Baltimore got the sweep last series vs. Texas Rangers have won 3 of their last 4 overall We could have some very close baseball played if the Baltimore Orioles and Texas Rangers match up like they did over the July 4th weekend at […] 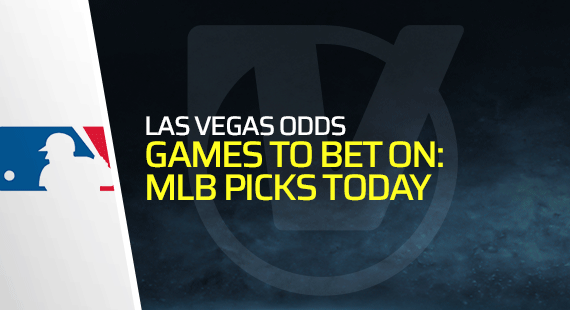 MLB May 5 MLB Picks for Today (May 05): Games To Bet On, Vegas Odds & Predictions

Madison Bumgarner Ejected For Substance.   Yankees Finally Lose.  Dodgers Complete Sweep of Giants  The Yankees finally lost after the Blue Jays put together one of their best defensive games of the year.  Brewers put up 18 in a blow-out win against the Reds and Dodgers sweep the Giants.  Angels vs Red Sox Schedule When: May […] 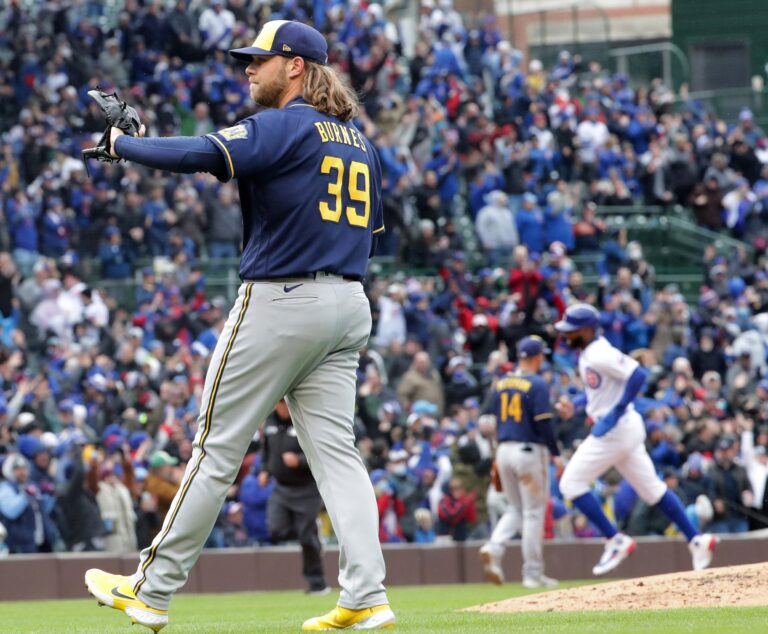 Teams have split two games so far this week Milwaukee could be looking ahead to home opener Means was sharp on Opening Day for Baltimore The Milwaukee Brewers will try to avoid the proverbial ‘look ahead’ game when they wrap up their three game series with the Baltimore Orioles on Wednesday. The Brewers have started […] 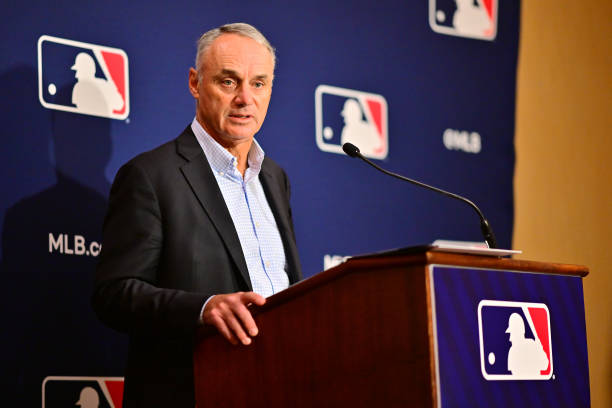 Major League Baseball and the Major League Players Association met on Wednesday for the third consecutive day in Jupiter, Florida. It looks like the two sides have yet to come to an agreement and an ultimatum was put in place by the MLB. MLB and the MLBPA have been going back and forth for some […] 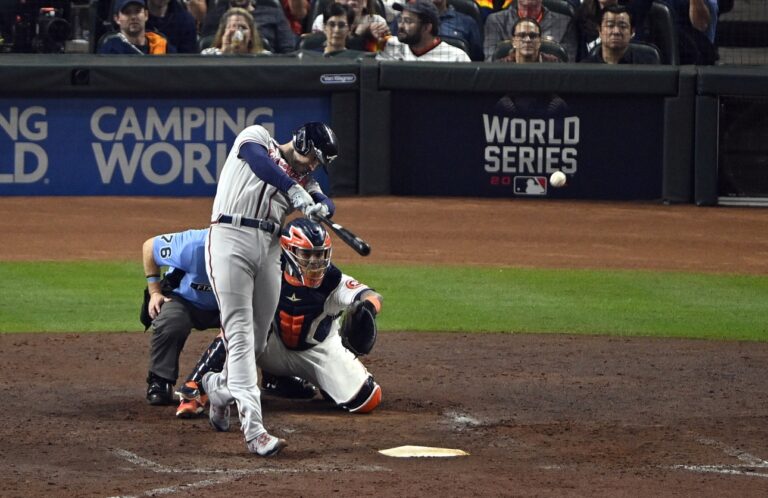 The big names in the first base free-agent market are Freddie Freeman and Anthony Rizzo. Both sluggers are about the same age and both are most likely going to be looking for at least a six-year deal and should be worth similar money. But despite Rizzo being in the Bronx at the end of the […] 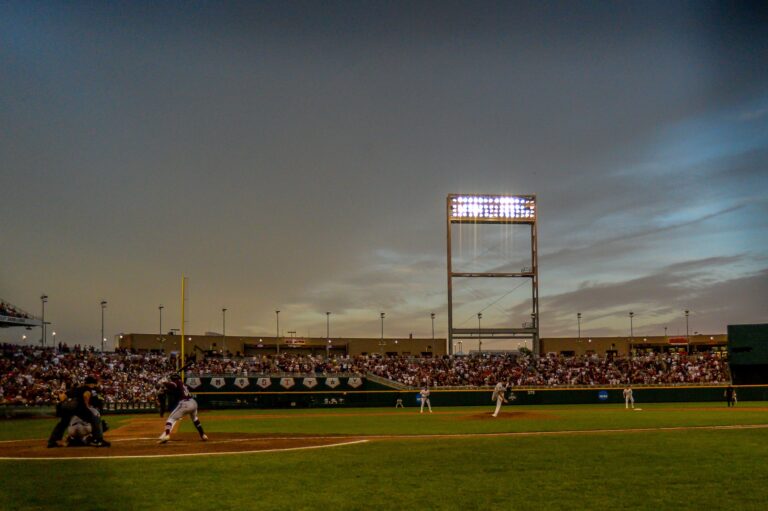 MLB February 4 MLB Lockout, Will it Ever End?

The Major League Baseball lockout is still going on, and with Spring Training to start in just a few short weeks, things aren’t looking great. This baseball fan has always held out hope that the two sides will be able to come to an agreement and we would be able to have a full season, […] 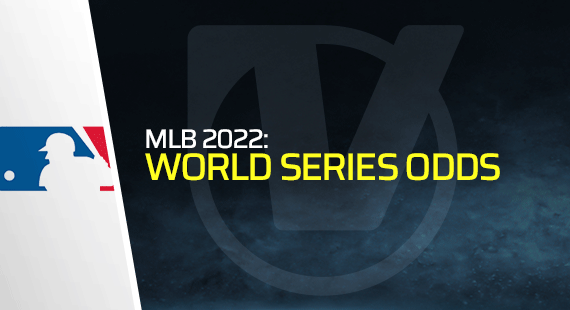 Despite the Major League Baseball player’s lockout, the odds are always changing in the quest to become the 2022 World Series Champion. Let’s take a look at the most recent odds in hopes that these odds will actually be able to play out in a full season in 2022 Odds to Win The 2022 World […] 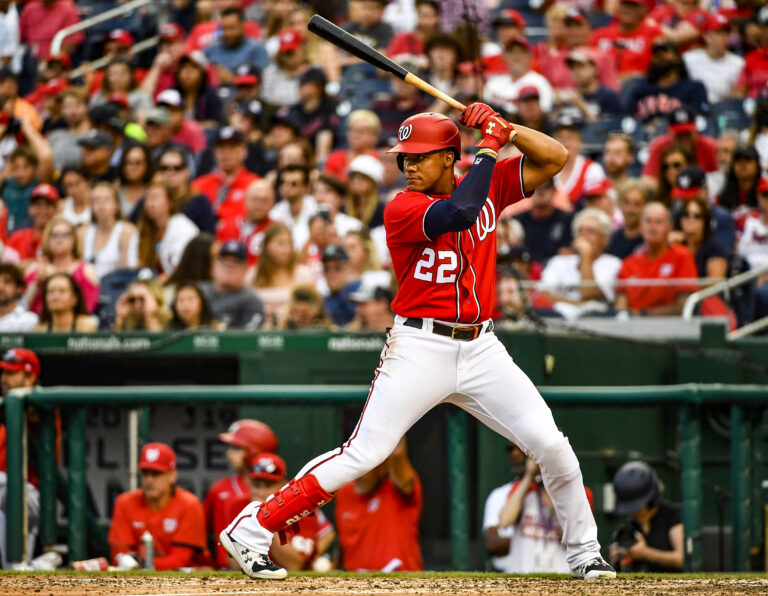 Hello, baseball fanatics! Baseball season will officially be in full swing on February 14 when pitchers and catchers report then all the real fun begins on March 31 when all thirty teams are in action on Opening Day for the first time since 1968. I know there is currently a lockout, but here at Vegas […]

The MLB is one of the “Big 4” sports especially when it comes to betting, as every year over $216 billion is wagered legally on sports in the world, with the US comprising the majority of that. One of the dominating forces in the regulated sports betting market is, of course, Vegas. So as a Las Vegas insider, MLB has become something of our speciality, as you can see with our MLB vegas picks and Las Vegas Odds (MLB).

When Does MLB Season Start?

In mid-2021, Major League Baseball announced that its master 2021 Major League regular season schedule would officially kick off on Thursday, April 1 with all the 30 Major League Clubs. While there have been some concerns regarding a little delay due to vaccination efforts, there is still a lot of optimism that the MLB season will kick off as scheduled. However, even if things do not work out in that sense, we could still see the exhibition season tee off in April. The regular season can then begin in May which is a pretty short or rather reasonable delay.

How Many Games in MLB Season?

The MLB season schedule is generally comprised of a total of 162 games for each of the 30 teams that are part of both the American League (AL) and the National League (NL). These games are played over about six months bringing the total to a whopping 2,430 games.

When Do MLB Playoffs Start?

The MLB Playoffs generally mark the end of the aforementioned 162-game regular season. This usually puts its schedule on the first week of October depending on when the MLB regular season kicked off.

How Many Games in MLB Playoffs?

The MLB playoffs are made up of a total of ten teams – five of those teams are from the American League and the remaining five are from the National League. A 16-team structure was agreed on for the 2020 season but it remains to be seen if this will apply in coming seasons too. Typically, the current system allows for a minimum of 26 games and a maximum of 43.

Where Are the MLB Playoffs Being Played?

It is expected that the 2021 MLB Playoffs will be played at Truist Park in Atlanta, Georgia. There a few changes that may crop up along the way in this regard but it is unlikely to affect the choice of the venue.

How Many MLB Teams Are There?

A total of 30 teams play in Major League Baseball. Half of those teams are in the National League (NL) and the other half are in the American League (AL).

How Many Teams Make the MLB Playoffs?

Up until the 2020 playoffs, only 10 teams made it to the MLB playoffs – half of these teams are from the National League (NL) and the other half are from the American League (AL). For the 2020 MLB playoffs, the number of teams participating in the games rose to 16 with the ratio of teams from both leagues remaining the same.

Now, Las Vegas does not have an official ‘Las Vegas’ MLB team but some progress is being to change that. One of the developments that have been made in that regard involves the Oakland Athletics – the team signed a two-year PDC with the city and even went on to change its name to the Las Vegas Aviators.

Don Logan, the team’s president already hinted at more discussion on Major League Baseball coming to Las Vegas in 2020 and beyond, something that has come to pass. More developments are, however, needed to make everything more cohesive.

When Is the MLB Draft?

The 2021 MLB draft has been scheduled to take place from Sunday, July 11 for a three-day period that will come to an end on Tuesday, July 13. It will take place in Atlanta, Georgia in conjunction with the 2021 MLB All-Star Game.

How Many Rounds in MLB Draft?

There are up to 40 rounds in the Major League Baseball draft. Every participating club continues to select until it eventually makes its selection in the 40th round. The clubs are allowed to “pass” if it does not wish to make its selection in a round.

According to the Major League Baseball schedule that was released for the 2021 season, there will be a total of 162 games just as it has been for previous seasons. The MLBPA is quite optimistic that the 162-game season will proceed as planned despite a few concerns that have been raised with regards to possible setbacks.

In baseball, sign-stealing is a long-standing practice that involves a baseball team trying to observe, decode, and relay the signs of their opponents. Even though sign-stealing is not explicitly outlawed in baseball, it is generally agreed that the practice goes against the game’s code of ethics. Cases of the same are therefore more often than not frowned upon if and when detected.

What Channel is MLB Playoffs On?

The MLB playoffs will be broadcast among several high-profile and popular networks including ESPN, Fox, FS1, and even the MLB Network.  The 2021 World Series will be aired exclusively on Fox as it has been for the past 21 years.

How Much is MLB TV?

The annual subscription for MLB.TV is $59.99 for All Teams and $49.00 for a Single Team. It is also currently offering an Offseason Package that goes for 24.99. This allows the users to enjoy watching the 2020 season and select 2021 Spring Training games LIVE.

When Does MLB Free Agency Start?

For the 2021 season, this will start on January 15. Normally, it runs from July 2 to June 25 but it was since pushed back due to the pandemic.

When is the MLB Trade Deadline?

Usually, the Major League Baseball trade deadline takes place on July 31. Last year, this was pushed to August 31 due to the coronavirus pandemic and there is a possibility of a similar delay in 2021.

When will the 2021 MLB schedule be released?

The Major League Baseball (MLB) schedule was released on July 9, 2020. According to the release all 30 clubs are scheduled to play on Opening Day which will be on Thursday, April 1.

What does MLB stand for?

MLB is an abbreviation of Major League Baseball.

When did MLB start?

The MLB was formed in 1903 when the National League and American League (AL) merged.

When does MLB regular season start?

As it stands the release date for the ‘MLB The Show 21’ is yet to be confirmed but more details on the long-awaited next-gen game will be made available soon.

How much do MLB umpires make?

According to NBC Sports, MLB umpires typically make between $110,000 and $432,800 in addition to a postseason bonus amounting to $38,500. There are also additional bonuses for those who work games.

How many perfect games in MLB history?

There have only been 23 true perfect games in the history of Major League Baseball. The most recent one was pitched by Felix Hernandez of the Seattle Mariners against the Tampa Bay Rays at Safeco Field in Seattle on August 15, 2012.

How many players are in the MLB?

At the beginning of the 2020 season, the MLB had 631 US players and 251 international players. This number is probably going to rise in 2021 as now the teams are allowed to expand their rosters to 28 players after September 1 each season.

How do you watch MLB games?

MLB playoffs are broadcasted on ESPN, Fox, FS1 and the MLB Network.

How many teams are in the MLB?

How long is the MLB season?

MLB regular season runs for 26 and a half weeks from late March/April to September/October.

When does MLB season end?

When are the MLB playoffs?