In the sports betting world, there is no bigger time of year than during the NCAA March Madness basketball tournament.

The Super Bowl is a big day, but it’s only one game…

There is the World Series, but that only takes a week.

March Madness is the entire month of March.

There is action for everyone.

Best Sportsbooks for Betting on the March Madness

We’ve been talking at length about needing to do the research, and there is no better place to start than with the opening March Madness odds.

These are the odds which will directly affect every point spread, moneyline, and totals for the entire tournament, and every matchup.

Just like every set of odds, the March Madness odds will change after every day and every round. Follow them carefully as they can tell you not only where the money is but also where the right value can be found.

Important March Madness Dates – The Ones That Matter:

With 68 games scheduled through the second half of March and early April, March Madness is packing a lot of action. If you are eager to only place a bet on the most important events, then consider the following March Madness rounds:

Where to Watch March Madness 2020

Due to its fractious, over-the-place nature, March Madness often might turn a bit too difficult to follow. Most fans are usually college students themselves or they happen to be an alumnus, prompting them to tune in every year and see how their school fares in the grand national competition.

You don’t have to worry about missing out though, because NCAA Division I Men’s Basketball gets quite a bit of attention and you can tune in and watch on a number of services.

With 68 single-elimination games over 21 days, March Madness is one of the most intensely packed competition on a collegiate level and at all. Selection Sunday is the time when the specially appointed Selection Committee reveals all participating teams, out of a pool of 353 registered NCAAB Division I colleges, that will battle it through April 6 before the grand finale known as Final Four.

The Final Four constitutes one of the most important parts of the March Madness collegiate championship. The Final Four effectively brings the last two rounds of the NCAA Division I Men’s Basketball Tournament under the spotlight with the semi-final games and the championship game taking place on Saturday and Monday respectively.

All games take place in the same facility and location, making for a slightly more focused experience in the closing rounds of the event. Because the NCAA likes to plan ahead, the dates of the next Final Four events all the way through 2026, making it easier for fans to look forward the next event, and even place some futures.

Here are some interesting statistics that have captured the evolution of the competition. In general, the top-seeded teams are still the most likely to win, but even teams as far back as #15 Seed have a fair chance of securing three to four games per competition, meaning they may as well make it to the Final Four.

Top 10 Schools With the Most Appearances in NCAA Tournaments:

In light of historic fact, March Madness seems to belong to the top-seeded teams time and over again. So far, Kentucky is the true torch-bearers with 58 appearances with the first one dating back to 1942. As one of the oldest franchises, Kentucky has also proven to be one of the most talented winning eight titles so far.

Which Teams Hold the Most Titles?

Finding the best bets can be a bit of a challenge. Of many experienced bettors would tell you to avoid betting right from the start, although there are certain schools that tend to do much better than others. For example, Villanova and Duke’s rosters have been a force to reckon with year in and year out for most of the last decade. Here is a list of the tips we feel will help you streamline your March Madness bets and make the next best call:

Put another way, there are schools that have historically not made it far in the March Madness and this is for a good reason. All the top talent flocks to schools that can guarantee them exposure and further advance their career. That’s why most talented players always end up at the top-seeded schools. While it could be tempting to bet on an absolute underdog, the statistics say you won’t be able to turn a profit on this bet.

Owing to the format of the March Madness, the single-elimination rule means fewer games. Seed, injury reports and current form trump the perceived advantage that playing at home gives a team. Instead of focusing on which team is playing on a home court, try to focus on the better teams and those performing well instead.

If a team has just made it into March Madness, some may be inclined to interpret this as a clear sign that the team is going to run deep into the event. Don’t bet on this. Blasting through the season with a few hiccups sounds great on paper, but in the experienced world of top-seeded teams, the leaders remain such despite another team’s sudden uptick in momentum

You might want to skip the first day of action and see how teams are shaping up. Some argue that skipping on betting opportunities in a limited 68-game event is not necessarily the best strategy, but it often pays off with more experienced bettors.

Tennessee (10-1) will head to Gainesville, FL to face SEC rival Florida (6-4) this Tuesday. The Volunteers are winners of three straight, and currently sit at No. 10 in the national polls. The Gators look to hand Tennessee just their second loss of the season, as they try to get back into the SEC championship […] 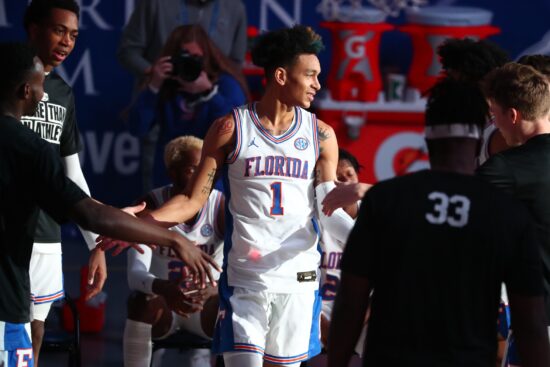 Purdue (9-5) will travel to Columbus, OH where they’ll face off against conference rival Ohio State (11-3) this Tuesday. The Boilermakers enter the matchup on a two-game winning streak, while the Buckeyes have been winners of their last three. Who wins this Big Ten faceoff, and gets a key victory in the conference championship race? […] 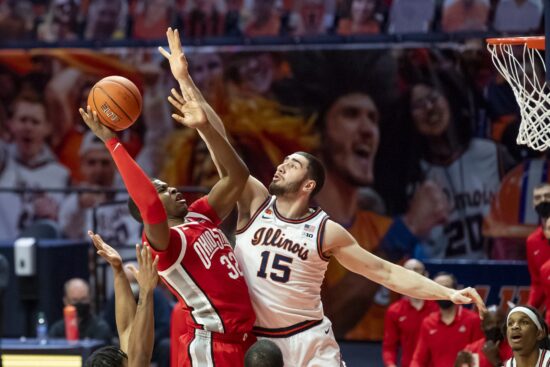 The Baylor Bears host the Kansas Jayhawks in a Big XII showdown Monday presents us with a top 10 matchup between the No. 6 Kansas (10-3, 4-2) and No. 2 Baylor (11-0, 4-0). The winner gets a leg up in the Big XII conference championship race. Kansas vs Baylor Schedule Where: Ferrell Center, Waco, TX […] 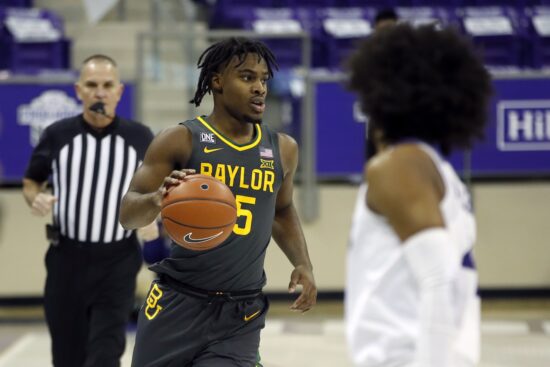 Northwestern hosts Iowa hoping to avenge early season loss The Iowa Hawkeyes (11-2, 5-1) will take the short trip to Evanston where they’ll match up against Big Ten rival Northwestern (6-5, 3-4) this Saturday afternoon. This will be the second meeting between the two foes, with Iowa taking the first showdown by a score of […] 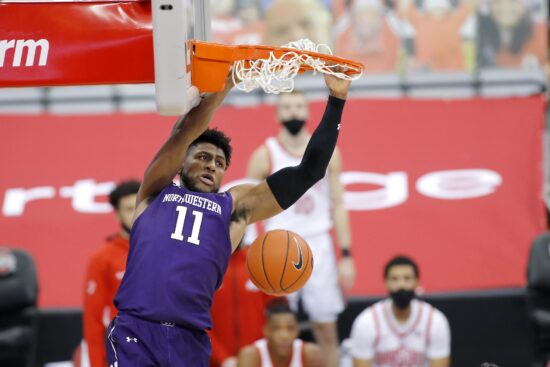 The rivalry between Baylor and Texas Tech started back in 1957, since when the two have played a total of 135 games. Ahead of their clash in 2021 NCAAB, Texas Tech leads the all-time series with 39 wins and 57 losses. However, in recent times, it’s Baylor who’s had more success – the Bears won […] 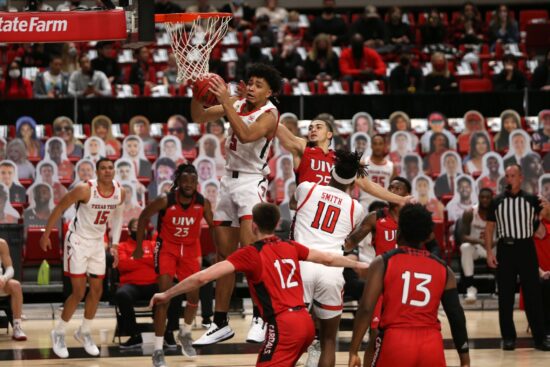 #5 Iowa Hawkeyes (11-2, 5-1 Big 10) host struggling Michigan State Spartans (8-4, 2-4 Big 10) in a Big 10 Conference battle on Thursday night in Iowa City. Iowa’s elite efficiency coasted the Hawkeyes to an easy revenge victory at home against the Minnesota Gophers this past Sunday. With the Spartans seemingly back on track […] 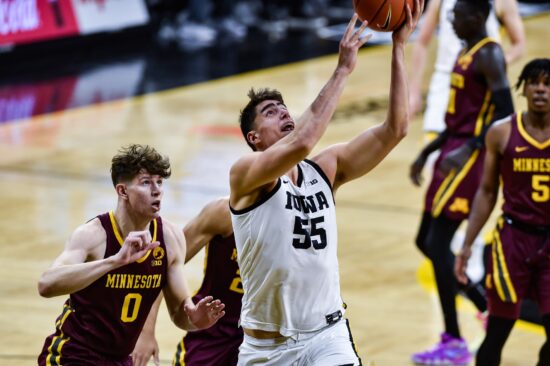 Pepperdine Waves (4-5, 0-0) travel to Spokane, Washington to open up their West Coast Conference play against the top ranked Gonzaga Bulldogs (12-0, 3-0). The Waves are coming off two straight terrible losses to poor teams after starting the year strongly. Gonzaga Bulldogs are without question the best basketball team in the country. It will […] 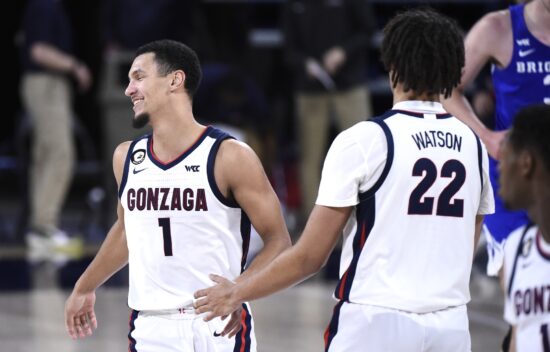 Two teams usually known for their prowess in football have shocked many this year by becoming favorites to finish at the top of the Big 12 standings in basketball. The Longhorns have won out many close games this year on their way to being the #4 team in the country while a couple losses have […] 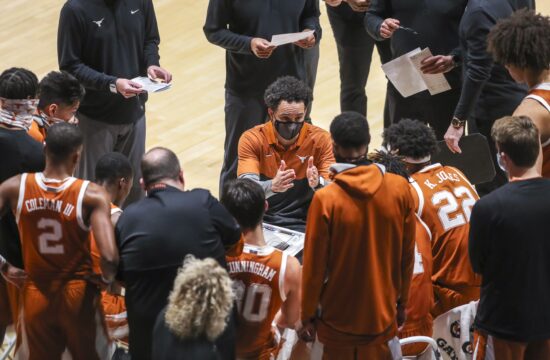 The ACC has been ravaged by Covid-19 during this pandemic season of basketball. The women’s program at Duke has already cancelled their season, Coach K at Duke already is in quarantine from contact-tracing and Clemson basketball has had to postpone their next three games already. Still, the season is moving along as #21 Duke will […] 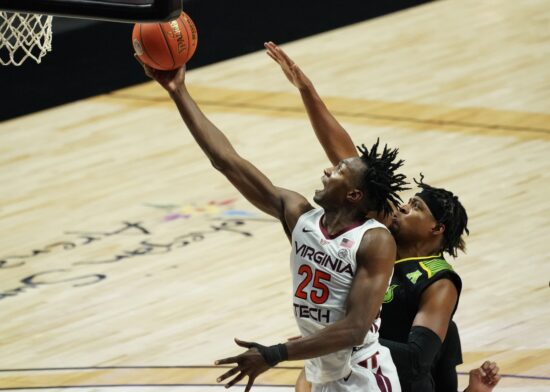 After playing three straight games against teams including Alcorn State, Central Arkansas and Arkansas Pine Bluff I was actually worried #2 Baylor might have gone soft. But nope, the Bears stayed hot and opened up Big 12 play with back to back wins over Iowa State and Oklahoma. Now Baylor will see if they can […] 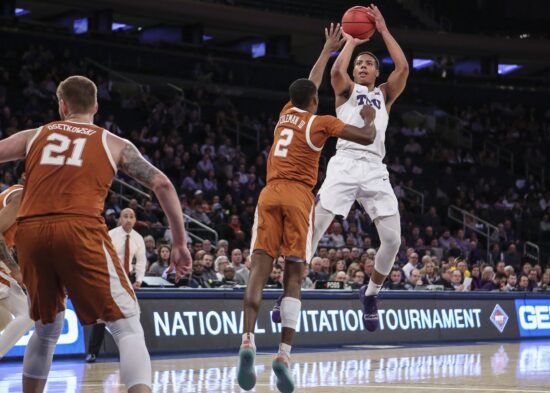 In a testament to just how good the Big 12 is this year in basketball, West Virginia finds itself tied for fourth place in the conference standings yet is considered a top 15 team in basketball. Bad losses to Kansas and a surprising one to Oklahoma last week dropped the Mountaineers in the standings but […] 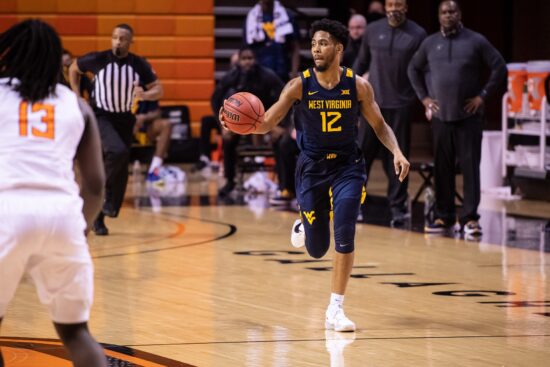 The #2 ranked Baylor Bears look to have a great opportunity to run their record to 9-0 on the season when they visit the Iowa State Cyclones, who are having an uncharacteristically down year. ISU is just 2-4 to start the 2020/21 campaign, and they’ve already dropped two games in Ames. Baylor swept the series […] 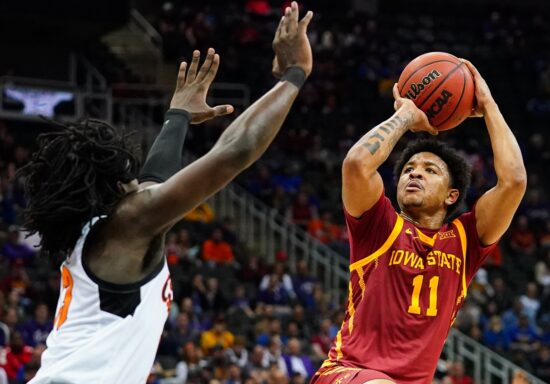