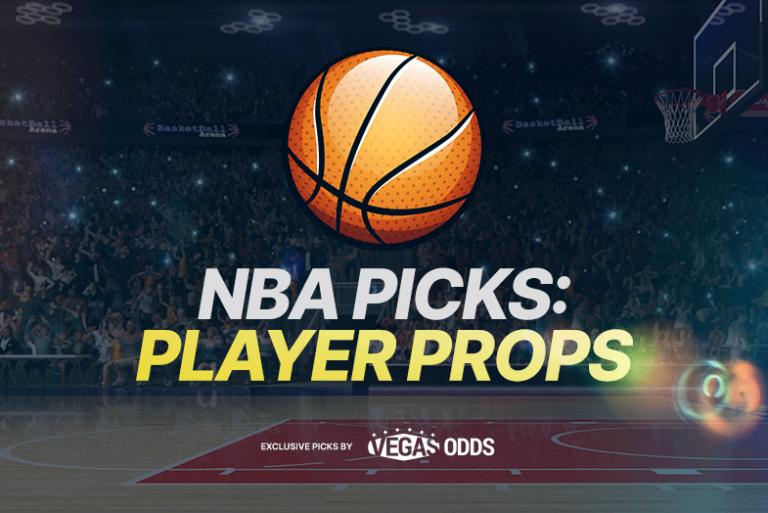 We got some NBA player props for you! Eight NBA games are on the program this evening, meaning that there are literally hundreds of player props at your disposal. If you need help with picking the right ones, we’re here to help. We’re now going to present you with our top three NBA player props […] 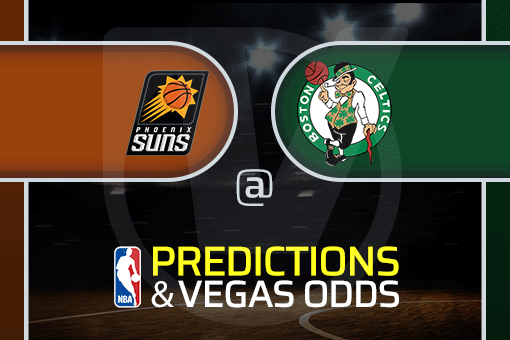 The Suns began January with a terrible skid of seven losses in eight games. Since then, they have won six of the last eight and have gone to the good side of the .500 mark with a 27-26 record. Jump to: The Celtics just crushed the Brooklyn Nets on Wednesday night, 139-96, to win their […] 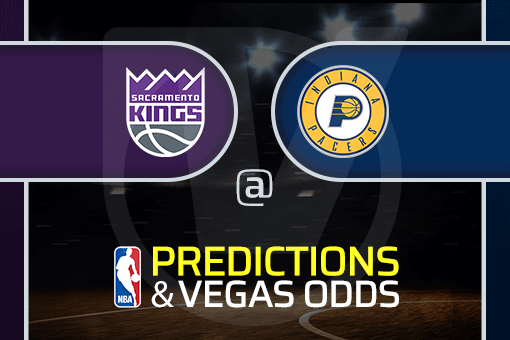 This is the game many have been waiting for. Why? Tyrese Haliburton faces his former team, and Kings center Domantas Sabonis returns to Indiana. The Kins have gone 3-2 in the last five games and are still 8 games above .500 as one of the biggest surprises of this NBA season. Jump to: The Pacers […] 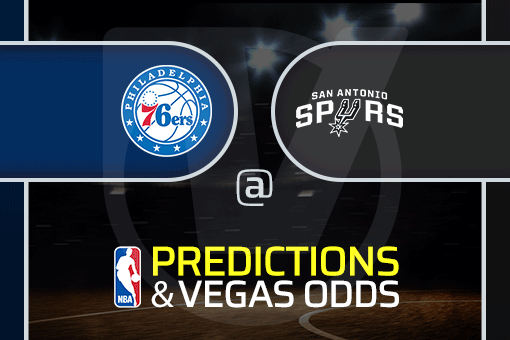 The 76ers finished January with an 11-3 record and started off February with a win over the Orlando Magic on Wednesday. The 76ers are three games back of the Boston Celtics for the top spot in the Eastern Conference and just a half-game behind the Milwaukee Bucks for the 2nd spot. Jump to: The Spurs […]

We got some NBA player props for you! There are seven interesting NBA games on the program on Thursday, February 2, 2023, meaning that you got plenty of NBA prop bets to choose from. If you need some assistance with choosing the right ones, you’re at the right place – we’re now going to present […] 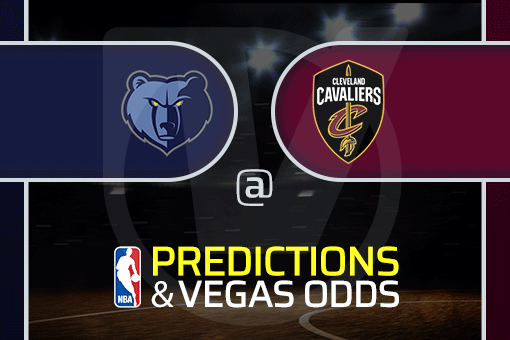 The Grizzlies are trying to catch up to the Denver Nuggets for the top spot in the Western Conference and they finally snapped their five-game losing streak with a win over the Pacers on Sunday. Jump to: The Cavs have gone 3-3 in the last six games and 8-8 in January in a weird month. […] 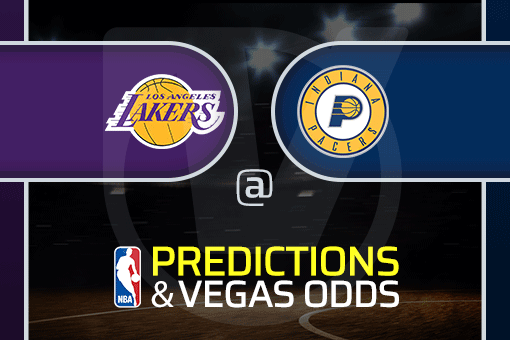 LeBron James notched a triple-double in the victory over the Knicks on Tuesday night, and he is getting close to Kareem Abdul-Jabbar’s NBA record for most points scored. Jump to: The Pacers have lost 10 of the last 11 games coming into February and are still without star point guard Tyrese Haliburton. How to Watch […] 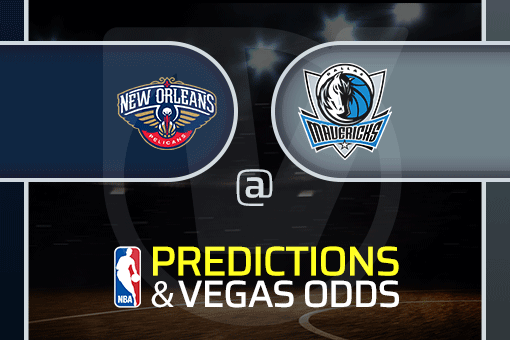 Luka Doncic has been unreal since he entered the NBA, and this year is no exception. Doncic just scored 53 against Detroit and accounted for nearly half of the Mavs’ 111 points in the win. Jump to: The Pelicans have lost nine games in a row and can’t wait for Zion Williamson to return to […] 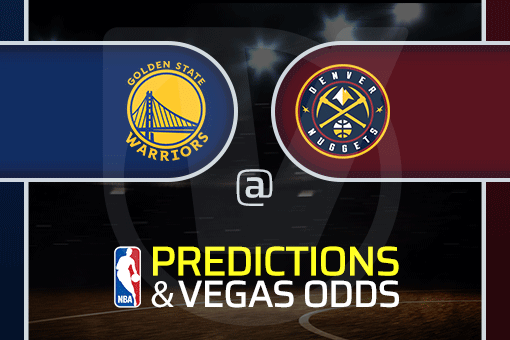 The Warriors finished January with three straight wins and four wins in the last five games, including a tough victory over the Memphis Grizzlies. Can they knock off the top team in the Western Conference? Jump to: The Nuggets are holding off the Grizzlies for the top spot in the West, but Denver has dropped […] 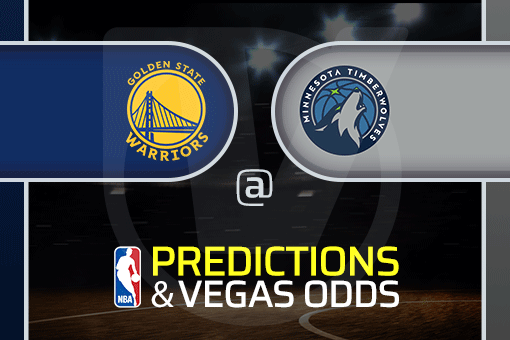 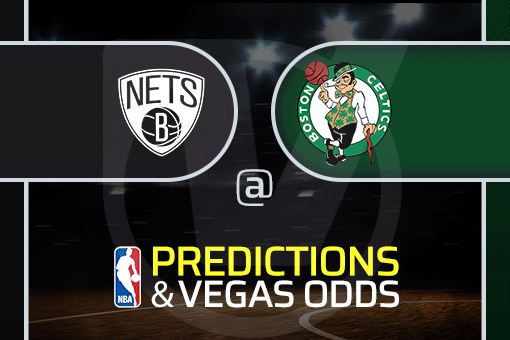 If you’re in search of the latest NBA betting odds and Nets vs Celtics prediction, look no further because Vegas Odds has you covered. Jump to: The Nets defeated the LeBron James-less Lakers on Monday night and now travel to face the Celtics at TD Garden. Schedule and How to Watch Nets vs Celtics Odds Team News […] 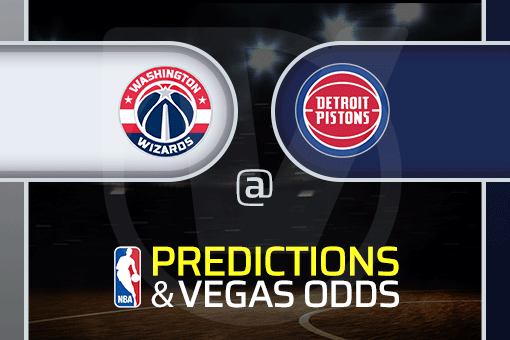 If you’re in search of the latest NBA odds and Wizards vs Pistons prediction, look no further because Vegas Odds has you covered. Jump to: The Wizards finished January with six straight wins despite trading away Rui Hachimura and they are now just two games away from .500. Schedule and How to Watch Wizards vs Pistons Odds […]

When Do the NBA Playoffs Start?

The NBA Playoffs will begin on May 18 with the play-in games. These contests will be played from May 18 until May 21.

When the final field is set, the playoffs will begin on May 22 and will be finished by July 22. This season will be the NBA’s first attempt at the play-in playoff format.

When Does the NBA Season Start?

How Many Games In NBA Season Are There?

Who Has the Most NBA Rings?

Bill Russell has the record for most NBA rings with 11. Russell played from 1956-1969 for the Boston Celtics. Russell was a center for Boston and a critical piece of the team’s historic winning stretch.

When Is the NBA All-Star Game?

The NBA All-Star Game will be played on March 7 at the State Farm Arena in Atlanta. The original NBA season did not include a scheduled All-Star Game. Players were going to receive a week break, but the league and the Players Association have agreed to play an All-Star Game this season.

The NBA Finals is the culmination of the professional basketball season. It’s played between the winners of the Eastern and Western Conferences.

The Finals is a best of seven series in a 2-2-1-1-1 format. It’s typically played in late May and culminates in early June.

When Are the NBA Finals?

What Channel Is the NBA Finals On?

Head over to the NBA odds page to see what NBA games are on tonight and betting lines for each one.

The NBA Finals began in 1947. The first-ever champion was the Philadelphia Warriors. The league has significantly changed since 1947, but the Finals are still the culmination of the professional basketball season.

The Lakers and Celtics have both won the most NBA titles in league history with 17. The Lakers won their 17th title last season when LeBron James led the team to glory.

Who Won the NBA Finals in the Past?

How Long Is an NBA Game?

When Does NBA Free Agency Start?

The NBA Draft in preparation for the 2020-21 season was held on Nov. 18, 2020. It was conducted at the ESPN Headquarters because of the COVID-19 pandemic.

It was originally supposed to take place at the Barclays Center in Brooklyn, NY. The first pick in the draft was Anthony Edwards, who was followed by James Wiseman and LaMelo Ball.

When Is the NBA Draft?

The NBA Draft usually takes place in the early summer. The 2020 NBA Draft was an exception because of the COVID-19 pandemic. The 2019 Draft took place on June 20 so that players could prepare for the season in the NBA Summer League.

How Much Do NBA Players Make?

The average NBA salary for a player is $7.7 million. The highest-paid player in the league is Stephen Curry, who is scheduled to make $43 million during the 2020-21 season.

How Much Do NBA Refs Make?

How to Watch NBA Games

The 2020-21 NBA season is being showcased on multiple television channels. The games are broadcast on ESPN, ABC, TNT, and NBA TV. The NBA Finals will be exclusively shown on ABC.

How To Watch NBA Games for Free

It’s possible to watch NBA Games for free through a trial period with NBA TV. NBA TV, which gives you access to a ton of games during the regular season, has a seven-day free trial. Following this period, you must pay $39.99 to have access to NBA TV for the entire season.

Who Has the Most NBA Championships?

The Los Angeles Lakers and the Boston Celtics have won the most NBA Championships. Each franchise has won 17 titles.

Golden State and Chicago are tied for third place with six titles. The San Antonio Spurs have sole possession of the next spot with five championships.

The NBA, which was founded in 1946, stands for National Basketball Association. The inaugural season of the league was in 1946-47.

The league played under the title “Basketball Association of America” until 1949 when a merger occurred with the National Basketball League.

The NBA regular season is 82 games in length. There are 30 teams in the league across the United States and Canada. The Boston Celtics and Los Angeles Lakers have been the two most successful franchises since the inception of the league.

The National Basketball Association (NBA) is not ‘owned’ by any single individual or entity but rather an organizational collective of the teams that participate in them, each with their own respective owners for the team.

Some owners are former players like Michael Jordan, who runs the Charlotte Hornets. Some teams are owned by major sports companies like Maple Leaf Sports & Entertainment Co.

You do not know about most owners unless they are very forward with the media, like Mark Cuban of the Dallas Mavericks.

How Long Are NBA Quarters?

There are four quarters in an NBA game. Each quarter is 12 minutes in length. The first two and final two quarters are separated by a halftime period for teams to recover and regroup.

How Long Is NBA Halftime?

The NBA halftime is only 15 minutes in length, which is just three minutes longer than a game quarter. Most teams return to the floor at the eight-minute mark to begin warming up for the second half.

What Is the NBA Bubble?

The NBA Bubble took place at Disney World’s Wide World of Sports Complex last season. This was the league’s way of isolating players in one location for the playoffs to finish the 2019-20 season.

Players were under strict protocol in Disney, where they were not allowed to leave their site hotel.

When does NBA start?

How many NBA teams are there?

There are 30 teams in the NBA.

How many players are in the NBA?

There are 450 players in the NBA. Each team can carry 15 players.

Who is the tallest NBA player?

Who is the shortest NBA player?

What does “NBA” stand for?

How tall is an NBA hoop?

An NBA hoop is 10 feet off the ground.

The release date for NBA 2k22 still has not been announced, but the game is usually released in the early fall.

Who is the NBA logo?

What channel is the NBA game on tonight?

How long do NBA games last?

When is the NBA Finals?

When do the NBA Finals start?

The NBA Finals start time has yet to be announced but is expected to be around 9pm ET, the same as last year.

When is the NBA trade deadline?

What Team Has the Most NBA Championships

The Lakers and Celtics have both won 17 NBA Championships.